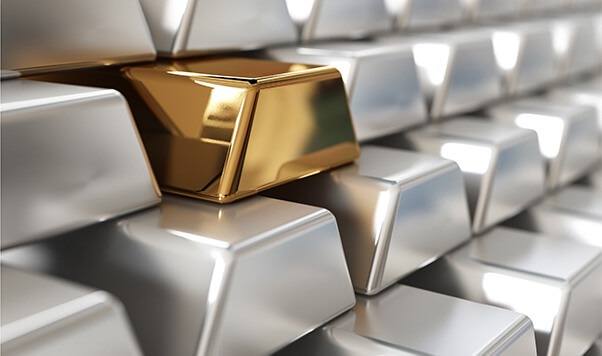 Move over, gold. This silver bull is about to charge…

There’s a new silver bull market taking off, and you won’t want to miss it.

Especially if you missed on the last silver bull that ran from 2008 to 2011, when investors built fortunes with gains that soared to 3,600%.1

The fundamentals back then weren’t anything close to being as good as they are today, either.

After being on the skids for nearly a decade, silver is back. So is gold, but you’ll see in a moment why silver will outperform its sparkly sister.

Even with its recent pullback, the price of silver is still about 50% below its 2011 high 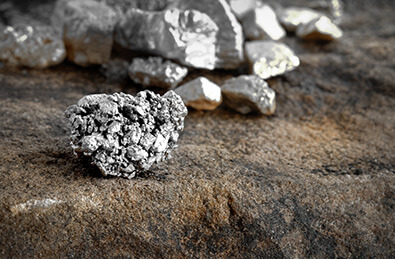 Which gives it a lot of run room to bounce back up…and then streak higher in what experts are saying will be the greatest silver bull market in history.

Even after the huge run up in early 2020…and even after the recent pullback…experts are holding firm in their belief that this will be the mother of all precious metals bull markets.

Which is great news for late stage silver mine developers.

In fact, it’s exactly what venture capitalists have been waiting for so they can leverage the rising price of silver.

Especially with juniors that have moved out of the exploration and discovery stages, and are well into the development stage, like the silver junior we’re highlighting in our new feature profile.

The company now has all the right ingredients to advance its projects quickly.

Everything from the skyrocketing price of silver to the company’s stellar management team and financial backers make it one of the most compelling opportunities today.

Here are the amplifiers that are helping to propel this little-known silver development company forward.

Souring economic conditions worldwide are driving investors to precious metals as a safe haven for their wealth.

And, as usual, that means gold.

So it’s no surprise that from its low in March 2020, gold has shined brighter than any other investment, outperforming every other asset class and passing $2,000 before taking a breath.

Those gains far exceed silver’s. But don’t expect that trend to last.

That may come as a surprise to you, since gold is the only investment grade metal the media ever focus on.

But the indisputable truth is that when gold enters a bull phase, silver outperforms it.

The data prove it.

The commodities research team at CPM Group recently analyzed every gold bull market dating back to 1967.

What they found is is that:

➢ In six out of the seven gold bulls we’ve seen since 1967, silver has outperformed gold by as much as four times.

Virtually a tie, but still a small win for gold.

Gold generally starts stronger, but then silver catches up and speeds by, as the following chart from CPM Group shows in dramatic detail. 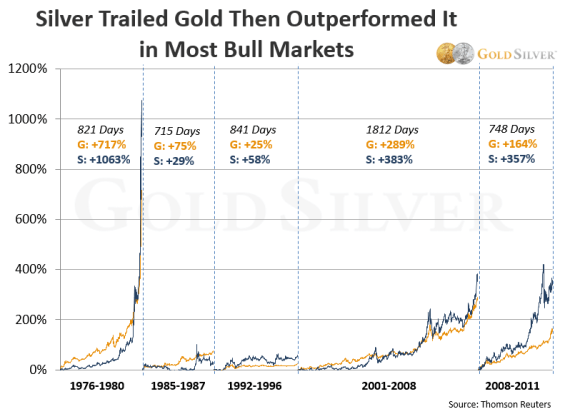 As the price of silver takes off and skyrockets, this company’s intrinsic value should soar right along with it. Silver is cheaper than it’s been in recorded history.

And that trend will only get stronger. For one very simple reason.

2. Silver is cheaper than it’s been in recorded history

Though the Financial Times of London is not prone to flamboyant narrative, the illustrious paper cannot help itself when it comes to silver.

Quoting the chairman of top-ranked Charteris Treasury Management Funds, FT wrote, “You can go back 3,000 years before Christ – silver has never been this cheap relative to gold.” 2

Veteran commodities trader and data junkie Ross Norman goes even further. Data compiled by Norman shows the ratio at a 4,000-year high, dating back to inscriptions found at the ancient Karnak temples of Luxor, Egypt.

But it wasn’t until the U.S. government decided to finance the Civil War by printing money without backing by precious metals that things changed, and the silver-gold ratio has fluctuated wildly ever since.

What does all that mean?

It means silver is cheaper relative to gold than it has ever been.

The gold/silver balance is off. And to right it, silver needs to get on the launch pad.

Precious metals analyst Gary Christenson predicts that “silver prices will rise toward $100 in the next 5-7 years.” 3

Rafi Farber, noted investment writer for TheStreet.com, SeekingAlpha, and USAGold, among others, writes that:

“Silver is at the very beginning of a historic rally that should take it to all time highs in the triple digits….taking about two years or less.”

Some analysts are predicting $150 silver. And at least one respected industry expert has a solid explanation of why it could go all the way to $1,000.4

It’s worth noting that silver hasn’t even reached its previous 2011 high yet, when it roared from $11.68 to a high of $56.18 in two and a half years. Junior miners outperform majors.

Major mining companies can only grow incrementally, and rising resource prices don’t do much to sway valuations or stocks.

In fact, during the last silver bull market it wasn’t the majors that built the biggest investor fortunes.

But that’s not where the smart money goes.

Which is why in-the-know investors focus on a narrow range of junior miners.

All junior miners are classified into stages that are representative of where they are in the progression from exploration to full production.

The four stages are:

Speculators are drawn to exploration-stage companies. That’s where you find 100-baggers.

But you’re far more likely to lose your shirt. And your bags too.

There’s a high failure rate at this stage and few companies make it out the other side to begin the process of discovery.

Discovery-stage companies are somewhat derisked, because once a mineral deposit has been identified, the subsequent drilling and permitting can add significant value, resulting in potential re-ratings.

Development is the sweet spot.

As engineering progresses, the project risk is greatly reduced. The resource grade and size has been defined, the extraction method determined, and construction plans laid out.

But the really sweet spot for investors who are looking for big returns and reduced risk is the late-stage developers.

See where the red star is below? Companies at this point are “this close” to beginning production and generating revenue

Of course, at this stage most are still several years from producing at full-scale, but you can see the finish line from here.

The stocks of late-stage developers typically trade at a price to net asset value of 1 or a little better.

Because at this stage, the market believes a company’s assets become fully valued.

And once investors discover the company and how it is progressing smoothly through late-stage development, there could be no stopping it.

This is a fast-moving story that deserves your immediate attention. I urge you to sign up for our newsletter and learn the name of this little-known silver developer, before more news comes out, and as silver prices are finally taking off.