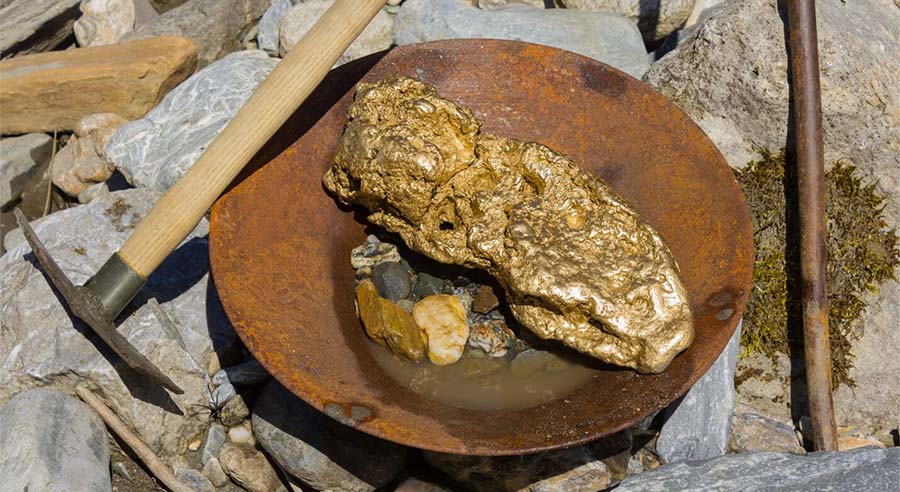 It was only last year when a group of senior mining executives landed the deal they’d long been chasing.

Their acquisition target was two under-developed Mexican silver prospects with enormous potential that had languished for years. They knew the projects and moved aggressively to reel them in.

With millions of dollars in the bank and a seasoned team of exploration and mining experts, they launched project development plans that produced almost immediate, exciting results.

Work is ongoing and the potential for dramatic growth in shareholder value looms large. But the best part is they only recently began publicly trading and remain totally off-radar.

The first of two is the flagship Tepic Project, over 6,500 acres of known gold and silver resources lying in the Sierra Madre gold and silver belt. This is an enormous resource area, with upwards to 1.5 billion ounces of silver equivalent reserves already discovered… and that number is still growing.1

Newly discovered veins, like those being explored right now hold promise to add millions more to the region’s resources and ultimate reserve data.

Within a few short months, geologists nearly tripled the strike length to ten kilometers. Work continues and this number could grow sharply over the coming months.

The discovery and resource potential at Tepic could be off the charts. Resource calculations at the time of acquisition remain “unofficial”, but the data was compelling to management following their pre-acquisition due diligence.

An historical estimate of economical in-ground mineral assets in 2013 totaled 10.3 million ounces of silver equivalent resources with an economical cut-off of 75 grams/ton.

A decade later, those numbers may improve sharply as lower production costs and improved technology make recovery of ore more economical, particularly on rising silver prices and soaring global demand projections for the near future.

With silver trading over $22/ounce…and projected by many analysts to rise sharply… this company’s shares are poised for explosive, near-horizon gains.

Consider the three main drivers of that potential:

This company’s second project to the north, La Tigra, lies in historical silver and gold production regions that date back to the turn of the last century. Production wound down three decades ago when both metals sold at a fraction of today’s prices.

The same held true for gold, which fell under $400 an ounce at that time and never decisively broke through that price ceiling for 15 years.3

For about one-hundred years, miners simply picked the easy stuff. Millions of ounces in silver and gold appear to have been left untouched. With modern mining technology, coupled with gold and silver prices many-times higher than in the past, enormous resources over and above historical data could be calculated at both Tepic and La Tigra.

Metal prices and reserves are interlinked. As prices rise, resource figures can be raised with lower grade or deeper buried mineralization, which can be added to net asset value (NAV) and further propel stock valuations.

Documenting The Potential Of These Overlooked Resources

Previous operators at these projects simply didn’t have the cash nor experience to bring these prospects to full potential. The management team has both…millions of dollars and years of exploration/mining experience.

Last year they made the moves that closed the deals.

On July 20, 2020, it was made official. The company acquired controlling interest over both prospects and they wasted no time getting started with exploration development. In less than two months they made their first big announcement at Tepic. 21 newly drilled reverse circulation holes, seven returning exceptional new discoveries in silver, with significant gold showings as well.

As important, all these discoveries were made at an average depth of around 100 meters. At that depth, results are already well over economical grades, which are the starting point for documenting NI 43-101 compliant resource and reserve calculations.

Then 45 days later, they announced even more great news from the first phase of a five kilometer trenching program intending to extend the length and breadth of already known formations.

This key quote from that second new release hints strongly at the potential uncovered on new ground (emphasis added): “The fact that the trenches are returning silver and gold values outside of the previously mapped vein and breccia structures and revealing the presence of multiple secondary mineralized structures, gives us new targets and increases the potential of the Tepic project.”

As mentioned above, the Tepic project is one of two in this area. The company also acquired the nearby La Tigra project and launched immediate exploration to identify the resource potential there as well.

Millions of ounces in gold and silver may be in play… little of which is reflected in today’s share price for lack of a contemporary NI 43-101 resource report.

That could change quickly as the company moves aggressively to correct that situation…starting with the 10.3 million ounces silver equivalent reported in 2013 at La Tigra.

Should those millions be made “official” soon, it could be the fuel that sends this company’s valuation rocketing.

Now is the time to get started with your due diligence. They have already captured the attention of institutional investors (a rarity for a junior) as well as seasoned resource investors who recognize opportunity when they see it. Sign up now to learn more about the company behind this fast-growing opportunity.