A Scarcity Event Has Struck Copper, Sending Prices Up 184% In 24 Months 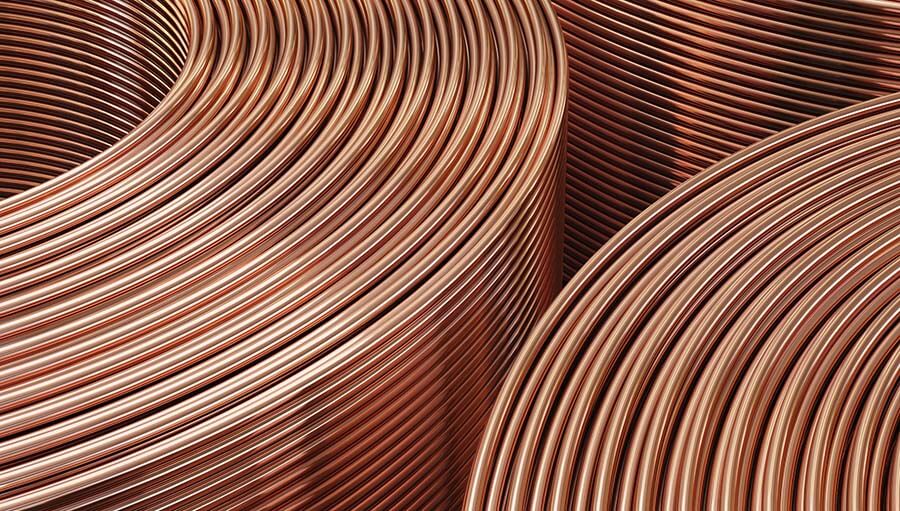 On November 4, MINING revealed a new reality about copperr to the world.

They surmised that expanding the copper supply was not an insurmountable goal, but it will take major investents in copper exploration, at a scale that has never before been attempted. They further emphasized the critical nature of the coming supply shortfall, claiming…

“Any copper junior with a deposit of significant size and grades, will have no problem attracting a major or mid-tier acquirer, that can help finance a future copper mine and bring it to commercial production.”1

That’s why there’s a copper mining company that natural resource investors need to immediately move onto their radars.

The crazy thing is this: the fact that the company just learned it could be sitting on historic amounts of copper… or that it’s run by men who’ve done millions in mining deals… well, those aren’t the biggest factors for investing in it.

The biggest reason for making a move on copper exploration is timing. For while it’s generally true that you can’t time the markets… you can time a sector.

And, since January of 2020, world-class copper investing analysts and expert copper mining executives have been bellowing that global trends have combined to create a new bull market.

The shift that’s abandoning fossil fuels for electric, solar, and wind power appears to have decades to run, as infrastructure plans continue to unfold.

A who’s who of analysts agree that the energy revolution is barreling down the track into historic copper shortages.

There are a total of 5.6 million EVs on the road worldwide currently. Deloitte’s research estimates annual sales could top 11.2 million in 2025 and 31.1 million by 2030.

According to their research, fully electric vehicles will then account for 81% of all new EVs sold, outperforming their plug-in hybrid peers.

And that’s just in the battery itself, not including the substantial amount of copper wiring electric vehicles require. In fact, electric vehicles use more than twice the copper of a hybrid vehicle and as much as ten times as much copper as an internal combustion engine6.

Now consider that existing mines are expected to see slowed production during the next decade.

As the Commodities Research Unit has forecasted, “global copper mined production will drop from the current 20 million metric tons to below 12 million Mt by 2034.”7

That means we’re heading towards a supply shortfall of more than 15 million Mt.8

On top of that, more than 200 copper mines are expected to run out of ore before 2035, with not enough new mines in the pipeline to take their place.9

What that means for investors is that copper will continue to spike, and copper producers and explorers will rise right along with it. That puts a big target on one little-known explorer with significant potential.

Off the charts copper resources at Flin Flon

The company’s Knife Lake property is located within the world-famous copper destination known as the Flin Flon Mining District.

So far Knife Lake’s volcanic-fed formation, in the district’s northwestern corner, has been lightly explored.

The company recently carried out a helicopter-borne electromagnetic and horizontal magnetic gradiometer survey that used Geotech’s cutting edge VTEM Plus System to look deep into the earth at Knife Lake.

What they identified on their 320 square mile property was a potential resource anticipated to hold as much as $1.1 billion worth of copper.

It all added up to a single determination – Knife Lake appears to be a classic Flin Flon deposit.

Now it may not seem like it, but that’s a big deal.

Since its initial discovery back in 1915, the Flin Flon has produced over 170 million tons of copper and zinc from 31 deposits – a resource haul worth in excess of $25 billion dollars.10

The region has such consistent resource potential, that more than 50% of the deposits discovered here have been advanced to production.

That figure will likely pick up steam as demand for new properties continues to soar.

And because the Flin Flon is well established, $1.6 billion has been invested in infrastructure with one goal in mind. The roads, rail, power, and water are there to facilitate quick development.

With the hunt for new copper now part of an urgent global initiative, you could expect this junior explorer to stay in the news for years to come.

The mining sector’s card are face up on the table as demand for copper only grows more intense. Yet, sizable new mines, like the ones you see at Flin Flon, are becoming increasingly difficult to find.

Sign up to learn more about this aggressive young company in the heart of a mega trend.