VANCOUVER, British Columbia, Nov. 01, 2022 (GLOBE NEWSWIRE) — Alpha Copper Corp. (CSE: ALCU) (OTC: ALCUF) (FWB: PP0) (“Alpha,” “Alpha Copper,” or the “Company”) a resource sector organization founded to create value through mineral exploration and asset advancement, is pleased to announce that drill program mobilization to the Okeover project has commenced. Alpha has been advised the contractor has begun moving the drill rig and excavator to the project site to execute on its initial 2000-metre drilling campaign.

Alpha Copper is embarking on its initial 2000 metre diamond drill program which is designed to expand the North Lake Zone where a historic resource is targeted and represents just one of seven zones of mineralization on the property. As noted previously (July 13, 2022), in July 2007, the company of record received the results from the first four drill holes of a seven-hole program at the Okeover property. The reported drill holes were designed to expand the understanding of the current resources of the North Lake Zone. Hole OK-07-04, drilled near the western boundary of the North Lake Zone, intersected an aggregate intercept of 76 metres grading 0.34% copper, and 0.020% MoS2 including an intercept of 19 metres grading 0.42% copper, and 0.020% MoS2. Hole OK-07-04 was drilled adjacent to and beneath a hole completed in 1972 with much of the mineralized interval including the higher-grade section, occurring beneath the 1972 hole, which bottomed at a depth of 97 metres.

Hole OK-07-02, drilled 350 metres to the east of the area corresponding to the North Lake resource, intersected 23 metres grading 0.24% copper and 0.031% MoS2 at the bottom of the hole, thereby establishing that mineralization is very much open-ended to the east and suggesting that the North Lake Zone may be considerably larger than the previous 2006 estimate. In addition, molybdenum grades appear to be increasing to the east.

Drilling to-date has always been shallow in nature and ended in mineralization. Alpha Copper aims to test the mineralization at-depth with the intent to extend the mineralized target body data as part of its efforts towards the completion of a National Instrument (N.I.) 43-101 technical report planned for 2023.

Alpha Copper CEO, Mr. Darryl Jones states, “As I noted in July, we are excited to be moving ahead with this program. There is a lot of historic data regarding this property, and our aim is to substantiate and update the previous efforts that indicate a potentially significant deposit and to define the commercial opportunity. The drill results will begin to determine a proper asset valuation which is always the goal for a company at our stage of development. It’s all part of the journey to unlock corporate and shareholder value from our natural resources during this nearly unprecedented time of growth for the copper sector.”

In related news based upon a review of the Company’s website by the British Columbia Securities Commission (“BCSC”), Alpha Copper wishes to clarify disclosure regarding inferred copper and molybdenum resources at its Okeover project located near the community of Powell River, BC. These resource details were sourced from a management discussion analysis filed on Sedar on Jan 26, 2007, by a former Okeover project operator, Prophecy Holdings Inc. (formerly Prophecy Resource Corp., “Prophecy”), supported by a technical report dated Oct 5, 2006, authored by N. C. Carter, Ph.D., P. Eng. filed on SEDAR on December 1, 2006 (together the “Prior Disclosure”). These mineral resource estimates are considered ‘historical estimates’ by National Instrument 43-101. Management, including Mr. J.W. Morton, P. Geo., has reviewed the Prior Disclosure and determined it to be adequately reliable so as to provide relevant narrative in respect of the Okeover project. Key assumptions, parameters and methods used in connection with the disclosure are set out in the Prior Disclosure. A qualified person of Alpha Copper has not yet done sufficient exploration and analysis assessment to classify the historical estimate as current, and the Company is not treating the historical estimate as a current mineral resource estimate. The Company’s proposed exploration of the Okeover project will seek to verify the results of Prophecy exploration in connection with the proposed preparation of a current mineral resource estimate in respect of the Okeover project.

Qualified Person
This news release has been reviewed and approved by Mr. J.W. Morton, P. Geo., who is the Qualified Person (as that term is defined by NI 43-101) and takes responsibility for its technical content.

On Behalf of the Board of Directors,

About Alpha Copper Corp (CSE: ALCU) (OTC: ALCUF) (FWB: PP0):
Alpha Copper is focused on contributing to the green economy by finding and developing copper resource assets in stable jurisdictions. The company is positioned to earn a 60% interest in the Indata copper-gold project located in north central British Columbia and a 100% interest in the Okeover copper-molybdenum project located near the coastal community of Powell River, British Columbia. For more information visit: https://alphacopper.com/.

The CSE does not accept responsibility for the adequacy or accuracy of this release. 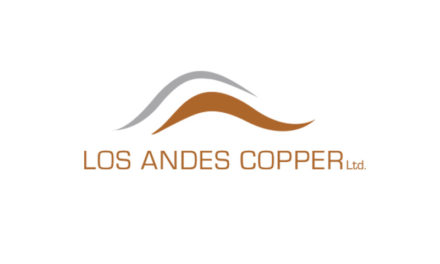 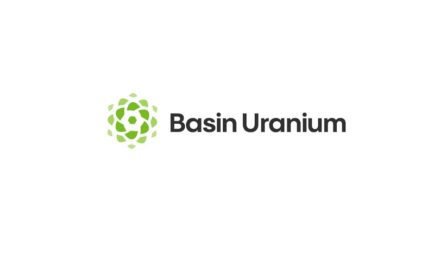