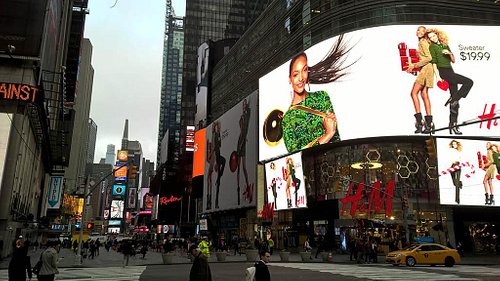 Retail sales have remained flat in April as the government continues to send stimulus checks to Americans. Pundits have watched country’s spending trend since it dropped significantly last year when the pandemic presented itself on a global scale.

As vaccine rollouts commence and the government strengthens financial aids, economic analysts have seen progress during the first quarter of 2021.

In March, retail sales rose by 10.7% as people became more confident of getting out of their house to dine, shop, and travel.

However, during April, the retail sales in several sectors did not witness any increase. Instead, it remained flat for the month despite analyst’s predictions that it would have a slight increase from March.

Although restaurants and bars, along with grocery, electronics, and appliance stores, have a gain of 3% for April, more categories remained steady, including gas stations, apparel, book stores, and department stores, to name a few.

The report on April’s retail sale indicates that economic recovery will not have an uphill trend. Instead, it presents a rather bumpy progression.

According to a government report, job growth slowed in April, and the jobless rate rose slightly at 6.1%.

Economic analysts have considered the rounds of stimulus checks released by the government as the primary fuel for the increase in retail sales last March.

Since the pandemic has halted business activities for several industries, the increase was overwhelming.

However, grounding back to reality, the demand gradually slowed down with needs abruptly supplied, as evident in the business sales in April.

Job growth was a critical factor for the pace of the US economic recovery.

Stimulus checks are deemed as insufficient as they cannot sustain the projected household expenses in the long run.

By the end, economists still believe that paychecks will drive the rapid increase in sales over the next few months.

However, as actions toward complete control of the pandemic are still in their first phase, stimulus checks remain the primary driving force for retail sales.

A shift in consumer behavior

The bias on retail sales is also a product of a critical shift in consumer behavior.

When the pandemic forced the population to limit outside activities, Americans concentrated on spending on groceries and electronics. Thus, both industries fitted nicely with the needs of the people during the lockdown.

At the same time, businesses such as restaurants and cinema saw an almost fatal drop in sales forcing some establishments to close.

Nonetheless, with the vaccination rate among adults, business owners are optimistic that they can regain pre-pandemic sales. In addition, travel-related industries are looking forward to completing vaccination shots that would allow the opening of travel destinations within the country.As the CDC loosens the regulation on wearing a mask for fully vaccinated Americans, retail stores are eager to see the country go back to normal.