Executives from Bank of America (BoA) presented a bullish outlook for the company following its quarterly profit report on Monday, April 18th. The company posted a drop of 13% in its Q1 profits, quite smaller than projected, and attributed it to a marked increase in consumer lending. The announcement buoyed support for the Bank as its share value was up by 3.1$ by the middle of the trading day.

On the other hand, investment banking fees were down by 35% in the first quarter. This drop in investment banking earnings is attributed to the ongoing conflict arising from Russia’s invasion of Ukraine – an event that brought last year’s rally of deal-making and IPOs to a rather sudden halt.

Fortunately, BoA’s global banking segment to which its investment banking arm belongs, stated that it has prudently built reserves connected to its exposure to Russia. It has likewise focused on growth in loans. BoA Global Banking reported around $165 million on hand as a provision for potential credit losses.

BoA currently has $700 million in terms of total exposure to Russia. The bulk of this amount is made up of loans to several clients and a de minimis amount of counterparty risk. The Bank has made it a point to limit its exposure to Russia following that nation’s invasion of Crimea back in 2015.

According to Brian Moynihan, BoA’s chief executive officer, the company noted that customers spent at the highest level recorded for Q1-2022, up by double-digits from the same time last year.

Moynihan also expressed his hope that the US economy was on an uptick despite a looming economic slowdown. He cited how the economy’s current size is now larger than it was prior to the pandemic. Likewise, unemployment rates are much lower, there has been a marked hike in living wages, and consumer spending is going strong.

Moynihan’s optimistic statement was a stark contrast to that of JP Morgan CEO Jamie Dimon’s. Last week, Dimon warned that the ongoing conflict in the Balkans would spark a period of economic uncertainty and unbridled inflation. 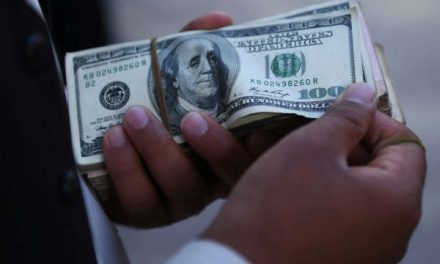