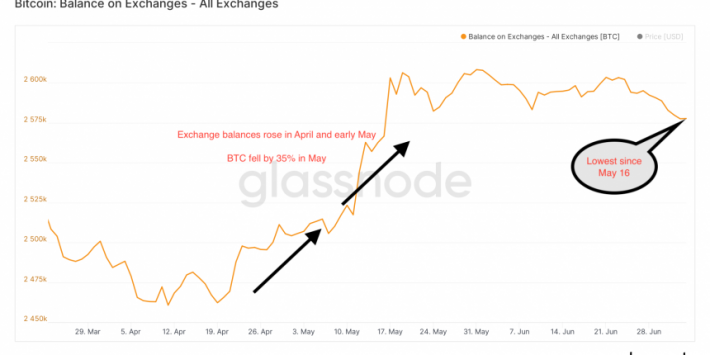 What started as a week filled with promise ended with a surprising drop for Bitcoin. The cryptocurrency’s steady rise appears to have slowed to a crawl, ending the week with a 3% drop, closing at $34,200.

This is in surprising contrast to what many experts expected from recent blockchain info and the current weakness of the US dollar. Market watchers hoped that Bitcoin’s value would err on the higher side as trading ended for the week.

It’s a development that has significantly reversed the crytocurrency’s bounce from $32,700 to $36,000 earlier in the week. It’s also further proof that there has been a substantial drop in the number of coins being held on different exchanges.

Centralized exchange balances are currently at their lowest since May of this year. According to Glassnode’s data tracker, as of July 4th, the balance has fallen to 2.577 million BTC.

Market watchers have also noted that the current Bitcoin tally is down by over 25,000 BTC, which means the number of coins available for sale has dwindled over the past couple of weeks. Indeed, the current number is far lower than the one posted during the second half of June 2021.

This has those in the financial community on alert: it’s been noted over time that investors tend to hold on to their coins whenever they see prices rising on the horizon. Some investors are also entertaining the notion of generating extra yields by tokenizing their coins via the Ethereum blockchain.

With the dollar’s anemic performance of late despite positive developments on the US employment front, experts foresee a potential bull run given how some well-funded investors are actively seeking bargains.

A recent announcement by the US Federal Reserve regarding a forecasted rate hike is seen as one factor contributing to the overall drop in Bitcoin’s value and its overall appeal as a worthy investment.

Last June 16th, the US Federal Reserve caught traders off-guard with an early interest-rate hike. Historically, rate hikes tend to raise the appeal of conventional or fiat currencies while reducing items traditionally considered inflation hedges such as gold and cryptocurrency.

Bitcoin’s current litany of woes has been compounded by recent regulatory action against it and other cryptocurrencies in various countries such as the UK and China.

In late June of this year, the UK’s Financial Conduct Authority (FCA,) one of the UK’s financial regulatory agencies, banned Binance Markets Ltd., a crypto-exchange under the Binance Group, from doing any regulated business such as trading within its borders. The FCA further stated that any such activities would require a formal request for the regulator’s written consent well beforehand.

China, on the other hand, has all but completely banned cryptocurrencies from its jurisdiction. Last June 21st, the Chinese government put a stop to the trading of derivatives on Huobi, one of the country’s leading cryptocurrency platforms. This somewhat harsh stance against cryptocurrencies stems from recent events wherein crypto tokens were used in a number of illegal activities, including fraud and ransomware. 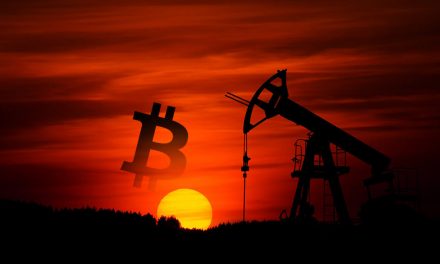 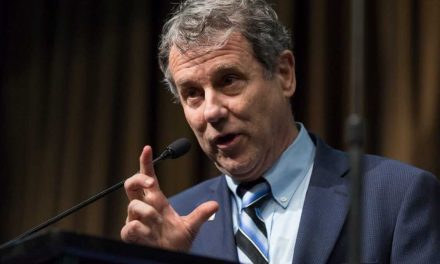