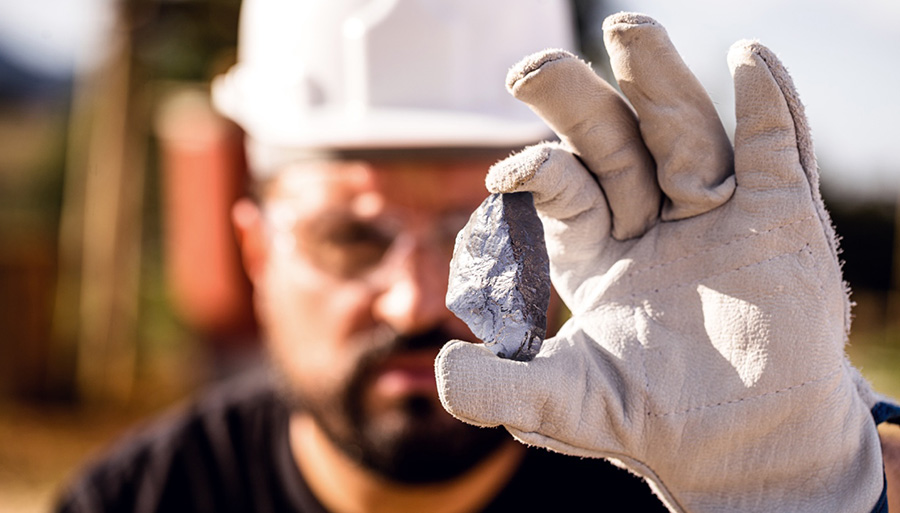 If results from early imaging are right, this is a sizable discovery that could hold tens of millions of ounces of silver and gold.

After launching and propelling two other successful silver and gold companies in Mexico (more about that in a moment), Mr. Bragagnolo recently announced his latest acquisition: the Dios Padre silver project and the El Tule gold project.

Both projects are situated on the highly prolific Sierra Madre Occidental belt, which produces around 200 million ounces of silver annually, making Mexico the largest silver producer in the world today.

News of Mr. Bragagnolo’s latest venture, and the Dios Padre silver project could ignite a flurry of investor interest. And for good reason…

The underground ore body identified at Dios Padre, only 600 feet north of the existing mine location, could rank among Mexico’s largest new discoveries.

This development could lead to the discovery of one of the largest new silver formations in the prolific Sierra Madre Occidental belt.

Historically, there has been extensive silver mining history at Dios Padre…but until now it’s all been on or near surface.

Following the acquisition of this historical producer, the company reviewed all the existing data on the property, reinterpreting the high-tech ground-penetrating survey of surrounding acreage.

The survey identified what appears to be a prominent anomaly just 600 feet north of the existing mine site.

A Centuries-Old History of Silver Production

Silver mining at Dios Padre dates back centuries to the 1600s when silver nuggets were literally picked off the surface.

According to the recently completed NI 43-101 report, geologists Lunceford and Gibson state that:

“The earliest known mining activities [at Dios Padre] were carried out by the Jesuits in the 17th century using Yaqui labor. Their operations occurred between 1603 and 1650.”

By the time that the Yaquis expelled the Jesuits, “The[y] were estimated to have mined 7,000 tonnes of rich silver ore from narrow, near-surface veins.”

No records of silver recovery are mentioned for another two centuries at which point Lunceford and Gibson state,

“The Dios Padre mine was brought into production again in 1860…yielding approximately 16 million ounces of silver, resulting in a calculated mine grade of 25 ounces per ton.”

As you can see, initially it was easy pickings at Dios Padre… yet the larger anomaly remained undetected.

That’s precisely what this company believes it has found. As that process gets started in early June, you can expect a flood of exploration data.

Tens of millions of ounces had already been taken at this mine location, but experience told Mr. Bragagnolo that despite an exceptional production history and obvious development potential, exploration drilling at the existing mine site was off-target.

Previous mine site owners drilled thousands of feet, trying to locate the mother lode at the source of the ore-rich surface. Everyone knew that it had to be there, they just never found it.

Their failures are what caught Mr. Bragagnolo’s attention.

They’d been drilling below the area where they were producing silver near surface.

Knowing the geology of the Sierra Madre Occidental as he did, Mr. Bragagnolo suspected that the volcanic structure that fed silver to the surface at Dios Padre was flowing laterally, not vertically as the others had presumed.

Next step: exploratory drilling over this new, virgin location.

The company has planned six new drill holes for this spring. This time, exploration will be conducted not at the mine site, but 600 feet to the north directly over this IP target. The completion of six new drill holes will all but confirm the location of the mother lode. Once located, further exploration would reveal the extent of silver mineralization (as well as gold) and ultimately lead to resource and reserve valuations for this company’s new find. Management reports that its 2022 exploration program is fully permitted and fully funded.

This company also acquired the El Tule Gold Project in Nayarit, Mexico. This is a nearly 40-square mile prospect In an area that is proven analogous to many other gold and silver bearing structures in the Sierra Madre Occidental. The site is so promising that gold and silver recovery has been ongoing for years by locals who are literally scraping gold from the surface.

This alone suggests that a massive, mineralized zone lies below ground, feeding gold and silver to surface.

Overall, the average grading returned at 8.9 g/t, many times the cut-off grades for near surface mining.1

What comes next is modern exploration technology that, like at Dios Padre, targets a mineralized body necessary to make the surface so productive.

This company believes that exploration technology like induced polarization can readily identify any significant bodies of precious metal mineralization that lie below, just like they found at Dios Padre.

This company holds significant potential with two projects in the largest silver-producing region in the world today. With Bruce Bragagnolo’s, past successes already well known, this company must surely be on serious investor watch lists.

Now is the time to dig deeper. Start your due diligence right now by entering your email address to receive the company’s investor deck.