Breakthrough Technologies That Could Halt The Spread Of Food-Borne Illness

Companies with innovative solutions to pathogen testing are poised for major growth as the FDA alerts consumers of another widespread E. Coli outbreak

Late in 2018, America was shocked to hear the Food and Drug Administration (FDA) order every leaf of romaine lettuce on grocery shelves, in warehouses, restaurants, even home refrigerators to be destroyed. Consumers were warned, “Don’t eat the lettuce!”

Producers and suppliers lost millions and hundreds were hospitalized before the recall was announced. A few people even died.

The value of avoiding this one incident alone could be measured in millions, not to mention the human cost. It’s a nightmare that repeats itself over and over again.

And the problem is only growing. Last year the CDC investigated 28 deadly outbreaks compared to the eight investigated in 2017.

Food-borne pathogens present a massive problem in the United States alone. We’re subject to a $77 billion food supply chain that to date has no effective technology for early detection of a pathogenetic outbreak at the source.

Not an isolated incident! 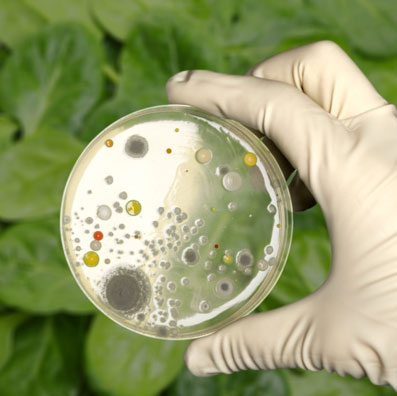 The recent recall of all US romaine lettuce might have been avoided had this one infected product been identified at the point of origin.

With the tainted produce taken out, tons of healthy produce could have made it to market, saving producers millions of dollars.

Around the same time as the nationwide romaine lettuce recall, Walmart, Trader Joe’s, Target, Meijer, Safeway, and Whole Foods were hit with the sudden recall of contaminated frozen vegetables! Only one defective product was detected, but for the sake of caution, everything had to come off the shelves… good product and bad!

That’s how our food safety industry works, a system badly in need of improvement!

The pathogens that infect our food, e-coli, listeria, salmonella and more, go virtually undetected in America’s (and the world’s) food supply chain. It takes a disease outbreak to expose the contamination. By then, there’s little to be done other than throw everything away and treat the afflicted.

It’s an inefficient, ineffective and costly process for keeping diseases out of our food supply. You’d think there’d be a better way; a technology from out of the venerated Lawrence Livermore Laboratory reports having the answer.

This tech flags food-borne pathogens at any point in the food supply chain so infected product can be pulled before making it to market.

Through $20 million in investment by the US Department of Homeland Security and Department of Defense among others, three predecessor generations of the technology that this technology was developed at the Lawrence Livermore National Lab. The initial work and previous prototypes—one of which was built to detect bio-warfare agents after 9/11—became part of the Department of Homeland Security’s BioWatch Program.  Another prototype leading to the current state was used to rapidly detect respiratory pathogens, such as influenza and RSV. 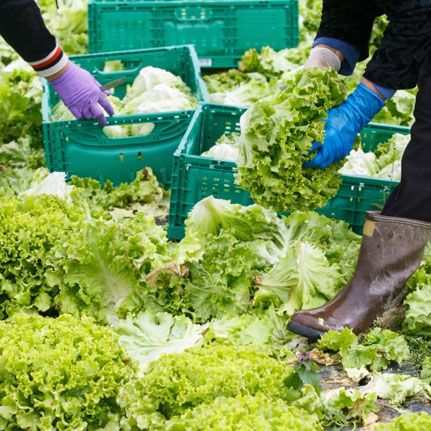 In a nutshell, this genetic analyzer can be deployed anywhere in the food supply chain, from groundwater, to farm to market, and alert quality control personnel to the presence of dangerous pathogens that might trigger a recall if left undetected. Food producers can even test processing facilities to know with certainty if significant levels of pathogens are present in the work environment of the plant.

Nothing like it exists in the market today. And nothing could be more important to ensuring a safe food supply.

And not a moment too soon, considering the massive industry impact the Food Safety Modernization Act is already having.   We predict the industry will move expediently to solve our $77 billion tainted food problem.

“the food safety modernization act rules and regulations now require food producers to perform pathogen testing to minimize the probability of recalls. although there is a willingness to perform pathogen testing, food producers don’t want to excessively pay for testing, as it bites into their bottom line. hence, food safety testing programs are all about sufficiently managing risk, while preserving the bottom line.”

The implications are enormous. Consider the romaine lettuce recall. One farm, still unidentified, in Yuma, AZ was the source of e-coli. It took weeks for the impact of this pathogen to impact the market.

All of that could have been avoided.

The FDA and CDC had no choice but to condemn ALL lettuce produced in America.

Had technologies like this been deployed early in the supply chain, the e-coli could have been detected at the source. Maybe a few thousand pounds of lettuce would have been condemned…not an entire nationwide supply!

America (and the world) needs this kind of technology now! Here are the stunning figures that quantify the staggering cost of food contamination in America and how important a solution can be.

These appalling statistics could plummet if early contamination technology were in place early in the food supply chain.
It may be difficult to imagine how significant this one piece of equipment can be in securing the safety of the consumer’s food supply chain. The romaine lettuce recall clearly points to its enormous potential.

For an investor seeking technology stocks that hold significant and immediate growth potential, this sector deserves your immediate consideration.

The market opportunity for an affordable, effective and fast diagnostic tool is simply enormous… and the pockets appear to be deep!

Get Ready for the Second Wave of Cannabis Profits

Get in at Pre-IPO Pricing on this Private Gold Stock