The rising global interest in exploring new governance and financial models is expected to boost cryptocurrency further and keep the liberating community of the annual Burning Man event alive, experts said, as the nine-day gathering opened in the remote Black Rock Desert in Nevada on August 25.

The gathering, which refuses to be called a mere festival, features artistic performances, installations, music, and freedom, and revolves around free expression and a gift-giving culture. For its organizers, the end-of-summer event is a global cultural movement that aims to give attendees a platform to breathe from the “default world” and veer away from capitalism. Hence, no money is exchanged for products in the makeshift, temporary city.

This could come as a shock to some since most of the famous attendees of the 33-year-old event are from prominent business giants and big names in the financial industry. The event has also become an annual gathering for crypto aficionados, which comes as no surprise at all since the two communities share the same ethos. That is to explore unchartered territories and more free models in governance and financial management.

Both communities are experiencing rapid changes recently. Cryptocurrency has been enjoying increased institutional investment from mainstream financial institutions in recent months, creating a riffling effect in all sectors.

With Facebook’s recent entry into crypto, financial spectators are expecting regulators to speed up the creation of a regulatory framework that will guide companies seeking to utilize digital assets on a global scale. The progress has been slow, but with more institutions jump into the bandwagon and try to diversify their portfolios, changes in the global financial model are now inevitable.

The Burning Man Project, meanwhile, has been attracting more people to join the movement, with this year’s event expected to gather around 70,000 people – far from where it started in 1986. The non-profit organization has been entering other ventures and investing in smaller global events recently.

Despite the growing movement, Bear Kittay, a former global ambassador for Burning Man, said the event is still dominated by tech innovation leaders, which for her is not at all surprising since “the idea of a decentralized, consensus process that creates an alternative to the nation-state’s central treasuries is similar to Burning Man,” which is guided by 10 principles that ultimately aim to create a culture of selfless giving.

And the trend is not expected to change despite the increased number of celebrities and influencers making appearances at the annual event. Experts believe Burning Man will remain to attract crypto adherents, who stick in several groups and offer blockchain seminars during the celebrated event.

However, there is no easy road to success. Both movements face various challenges, with skepticism topping cryptocurrency’s list along with the digital assets’ so-called instability compared to traditional finance models.

The virtual medium of exchange promises intensified security but has received mixed perceptions both from regulators and traders as well. Some businesses remain skeptical of the new medium, and with no exact regulatory framework to govern the digital medium, many companies are expected to delay any plans to use virtual money.

Meanwhile, the Burning Man movement has been marred by sex assault, drugs, and labor scandals – add to it the relentless calls for its end due to its negative impact on the environment as critics claimed. Not once did the Burning Man Project been subject to environment criticisms. In 2006, the CoolingMan organization lashed out at the project for producing 27,000 tons of carbon dioxide. The Burning Man has also been criticized for hundreds of thousands of plastic bottles that ended up in landfills after the event.

Burning Man has also been accused of gentrification in recent years when it started attracting Silicon Valley elites and billionaires who pay for luxurious camps and lavish facilities. Traditional Burners have spoken against the practice, which they claim is not in line with one of Burning Man’s main principles, which is “radical self-reliance.”

The increase in the number of wealthy attendees has also pushed prices higher. In 2019, tickets to the gathering ranged from $425 to $1,400, with participants from the lower end expected to spend at least $1,300 for the nine-day affair – a hefty amount especially for an event that takes pride in being radically commerce-free.

But the more pressing concern is how to keep these movements alive. “The challenge of designing these communities is how to keep them open and effective and able to scale, but also to maintain that diversity and resistance to control from people with special interests,” said John Clippinger, author of “From Bitcoin to Burning Man and Beyond.

All indications point to growth

Despite all the questions and the ballooning concerns shrouding both movements, all signs point to growth.

In 2017, the Burning Man Project acquired Fly Ranch for $6.5 million. The year after, it garnered $3.7 million in profits, according to federal tax filings. This year’s Burning Man event is also expected to gather its biggest audience yet. Tickets for 70,000 people were made ready, but if trends were any indication, there is a high chance that participants will exceed that number.

The event opened with a bang on August 25, with larger-than-life installations and costume-ready revelers. More people are expected to come in the coming days to witness spontaneous musical performances and lots of partying. Aside from all the artistic performances, “it’s a place to talk about the concepts that are shaping our society,” crypto entrepreneur Jeremy Gardner was quoted by CoinDesk as saying.

Both movements are also expected to continue gaining from each other. Gardner believes the event will continue being a platform where new ideas can blossom and develop into real-life governing models. Burning Man “is such an incredible bonding experience” for the crypto community. But what makes it different is the fact that “it wasn’t predicated on business.”

“Blockchain technology is a social movement before it’s a technology,” Gardner said.

The growth is also mostly evident in the crypto business, with bitcoin price reaching a record price of $12,689 in June from an all-time low of $3,400 in February. The rapid increase was driven by rising institutional investment from global giants who are now realizing the potential of the digital currency.

The earlier growth of cryptocurrency “was driven by technocrats and dark web trawlers and the 2017 rally was led by the whims of speculative retail traders,” but this year, the market is being driven by “financial institutions who are diversifying stale portfolios.”

More professional machinery is also becoming available, allowing more companies to navigate in the seemingly-vague crypto environment. This has resulted in the boom of the crypto jobs market in the US. Based on a first-quarter report, the US has been actively recruiting crypto experts and several other job offerings concerning the growing market. Blockchain experts, specialists, and lawyers remain in demand, with requirements to be hired becoming stricter. The salaries are also pretty competitive with the offering for a blockchain developer starting at $67,000. Specialists, meanwhile, start around $57,500.

Facebook’s recent launch of “Libra,” marking its official entry into the virtual currency business, is also expected to give the market a much-needed boost and is expected to force the hands of regulators to accelerate any measures aimed at creating the currency’s guiding principles. 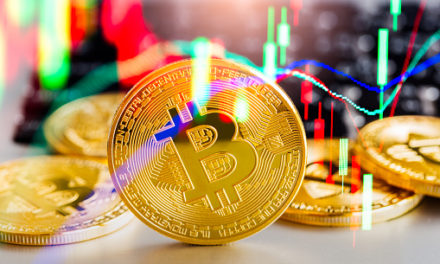 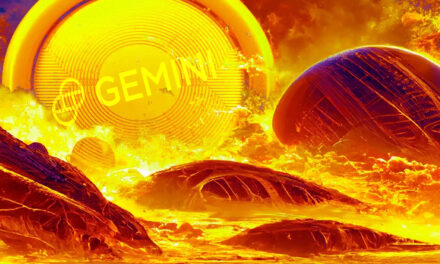