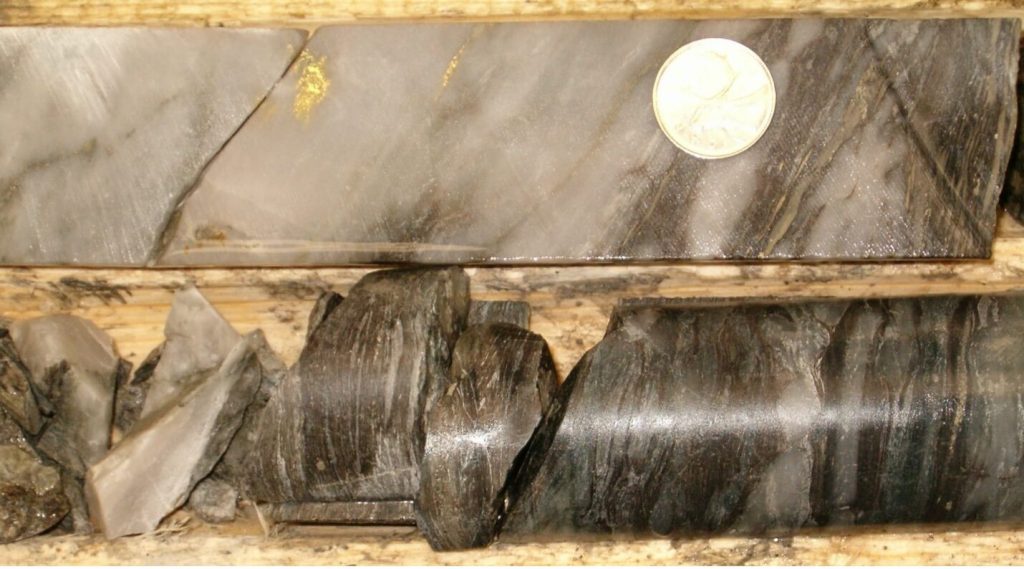 Companies in Canada’s Gold-Rich Abitibi Greenstone Belt Have Seen Shares Skyrocket in the Past Year.

We may have found the most massively undervalued gold stock in the market today.

Few have taken notice while one little-known gold producer has moved into position as the second largest claims holder in Canada’s largest historically proven gold region.

A simple analysis suggests that their stock should be trading well outside its current trading range of $1.50 (CAD); it makes no sense when you dig in and evaluate its potential.

It’s a site that’s unique in the world where gold production has already passed tens of millions of ounces worth billions at today’s gold price.

Gold ore grades found throughout the region are stunning, typically ten to twenty-times economical grades found elsewhere throughout North America.1 And it continues to produce as new discoveries accrete enormous wealth to claims holders and investors.

This is not idle speculation. Major discoveries are consistent throughout this mining district. Its potential has been reinforced by earlier exploration work that intercepted stunning gold gradings.

A New Company with an Outstanding Value Proposition

All evidence suggests this could be a significant find that can now be developed with modern mining technology that didn’t exist in past decades.

In other words, they could very well be sitting on a mineralized system larger than previously defined– and yet it’s selling for way below market value.

With only 20 million shares outstanding and management holding only 13% of issued stock, this represents a sizable potential opportunity for gold investors willing to take a risk.

One of the secrets to making eye-popping profits investing in junior gold stocks is to invest before major drilling tests are conducted.

That’s because you can often pick up shares at rock-bottom prices at this stage – and even minor discoveries can often drive stock prices higher.

The first drill tests for this company are already beginning… but new core results won’t be had for some months.  Nevertheless, in 2011 Todd McCracken authored the report released March 1st, 2011, titled “NI 43-101 Technical Report and Resource Estimate of the DAC Deposit, Destiny Property Quebec”. Producing an historic estimate comprised of10,800,000t at a grade of 1.05 g/t containing 360,000 ounces2 indicated resource of gold and 8,300,000t at a grade of 0.92 g/t which equates to 247,000 ounces of an inferred resource at a cutoff grade of 0.5g/t.

The key assumptions of this historic estimate were an Au price of $973USD/Oz, USD to CAD of $1.02, 94% Au recovery, OpEx of $14.30/t at 10,000tpd and a 4:1 strip ratio. This historic estimate is deemed relevant because it is the culmination of previous work conducted up until then on the property. This historic estimate was prepared to the quality and rigor as defined by NI 43-101 standards as defined in 2011 and at the time would have been considered to contain both inferred and indicated resources, but a qualified person has not conducted sufficient work on the historic estimate required to categorize this resource to current CIM definitions of a resource (the additional work requirements are as of yet undefined).

Industry experts agree that when investors have found a promising resource stock it’s a good idea to jump in before test results come back that confirm previous testing results.

If tests confirm high-grade ore, then all bets are off.

Another thing that many investors like about this company is that it’s managed by resource professionals who know the Abitibi greenstone belt and have raised considerable capital.  Having recently raised $4.5 million3 in additional funding, the company, unlike some of its competitors, has the financial resources for an ambitious drill program.

This gold junior is led by resource professional and entrepreneur James Rogers, who had been active in the mining sector for over 13 years and has developed projects in the Americas, Europe, and Africa.

Since 2017, Rogers and his teams have identified and sold more than 90 resource properties to public and private companies.

A Quebec Metallurgist with Decades of Experience

Rogers is joined by mining experts and advisors with decades of experience in gold exploration and resource development.

Metallurgist and mining engineer Michel Robert has over 45 years of diverse technical experience in the mining industry, both identifying assets for acquisition and then putting those assets back into production.

What’s more, Robert, who is himself from Quebec, has focused in recent years on identifying and advancing earlier stage mineral properties for eventual sale to public and private companies, which makes him a perfect fit for the Abitibi greenstone belt.

This is a rapidly developing story that deserves your immediate attention. Why this undervalued company has not yet gained traction in the market remains a mystery. I urge you to sign up for our newsletter and learn the name of this little-known gold producer, before more news comes out, and as gold prices are finally taking off again.

“The Red Lake Mining District has produced over 22 million ounces of gold through 2004, worth over $US 35 billion at 2014 prices. The two principal mines, Campbell and Red Lake, both have historic ore grades averaging about 0.57 oz/ton Au (22 g/tonne).”