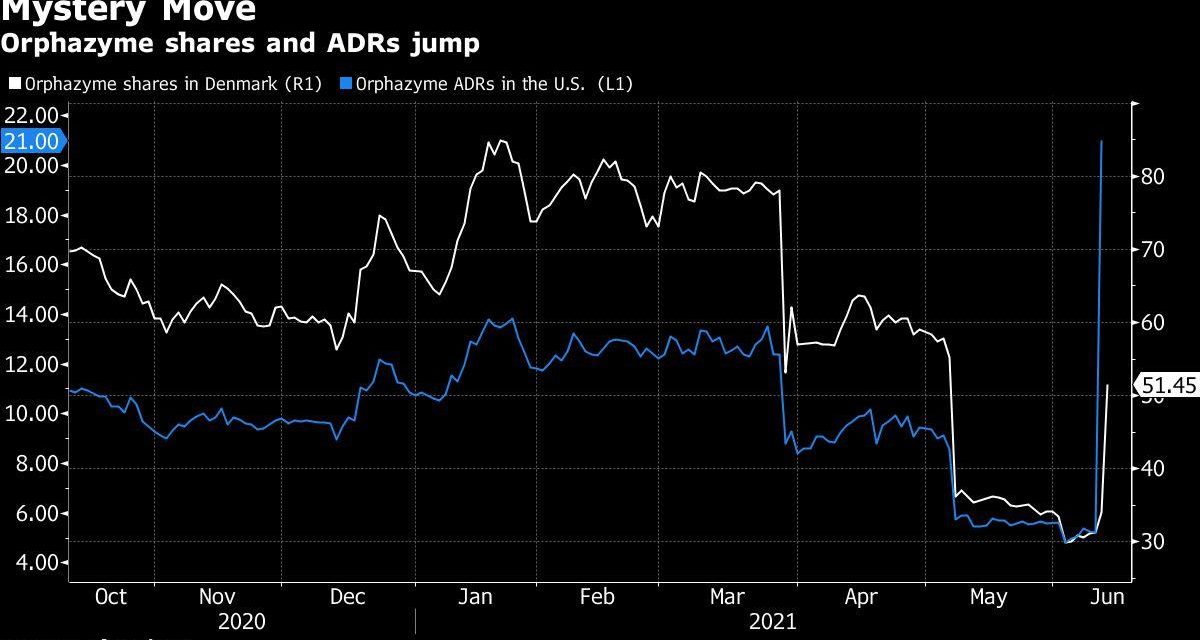 Danish investors and analysts were baffled about why a small biotechnology company peaked at 1,400% with its American depositary shares.

When Copenhagen opened trading last June 11, Orphazyme A/S had its stock rising as much as 76%. However, when the US stock exchange began trading, the company grew to above 140%. Within the US trading hours, the increase went out of hand, and a major frenzy began.

The company was quick to warn investors not to let the commotion affect their trading decisions.

In a statement released by Orphazyme, the biotechnology firm expressed precautions to investors who bought shares of the company’s ADS. This is in relation to a probable chance that they might lose a substantial amount of their investments if the price goes down after its rapid increase.

The sudden shift in Orphazyme’s stock prices left the Danish stock exchange questioning and screening possible reasons for the overnight surge. Nonetheless, one likely conclusion that analysts can link to the phenomenon is that Denmark has had its own meme stock.

What is a meme stock?

The term meme stock made rounds online over the last few months. There is no absolute definition for meme stocks. However, most meme stocks are observed to start with lower prices but are eventually overpriced when their popularity spikes.

Also, they have high short interest ratios and a massive trading volume. But perhaps the primary drive that birthed meme stocks is the idea that buying stocks and holding them for a specific time can trouble short sellers.

Through social media platforms, these stocks are rallied and popularized in forums like Reddit’s WallStreetsBets. As a result, interest in these so-called meme stocks rapidly increases, primarily fueled by social media influence.

Two companies that became meme stocks from the last few weeks were GameStop and AMC. The former is even dubbed as the original meme stock. Reddit boosted GameStop because of its short interest, which led to an increase of about 2,500% last January.

As of this writing, the market capitalization of GameStop has reached almost $16 billion. This exponential increase is credited to the Reddit whirl that made GameStop an icon.

However, meme stocks may spike quickly and in a large percentage, but it is considered highly volatile. Hence, Denmark’s new meme stock, Orphazyme, holds apprehension on the trend of its stock value.

Analysts are now predicting that the company’s price will plunge anytime soon following the unprecedented surge.

Orphazyme is a biopharmaceutical company founded in 2009 in reference to a scientific discovery involving heat shock proteins (HSP).

Orphazyme is listed on Nasdaq Copenhagen (ORPHA) and Nasdaq US (ORPH) in the stock market realm.