You can tell that the new Disney + streaming service was organized by its large fan base. From the different headquarters for the company’s various studios to the many fans that follow these programs, indeed the new service is for families and real Disney fans.

Disney is currently taking the service to new heights and is arranging casts for its various content. Michael Paull, manager of Disney + streaming service, says that they have a mantra for their new project ‘’quality over quantity.”

A Review Of Disney + App

A preview of Disney + programs may be enjoyed by checking out its app. Featured at the recent D23 Expo event at the Walt Disney Studios in Burbank, California, those who have had the rare opportunity to see and use the app were not quite sure if the said mantra was reflected.

They found the interface and controls on the AppleTV version of the Disney + app quite clunky. There will be new titles mixed with the old from Disney, Marvel, Pixar, Star Wars as well as Fox featured on the app’s home screen. However, other content will be a bit difficult to check, according to lucky first-time users.

Sidebar navigation is needed to check the featured Disney + new original series like the ‘’Diary of a Female President.” But don’t on any content from Hulu or the streaming service. Hulu or Fox will not be integrated with Disney + as well as its studios.

Every program and series in Disney + will be kept family-friendly. There won’t be any violence, graphic scenes and the like featured at any time. There may be no parental controls enforced considering that Disney + is made to offer more family-friendly content, but the kid’s mode may come in handy. Kids’ mode means that programming is designed for kids up to seven years old.

When you check the kids’ mode, the shows are featured according to a character. Creators of the app say that this is how children find their favorite shows. The kids’ mode screen is brighter and more colorful with autoplay feature turned off.

Disney + streaming service will be initially offered in different languages at its launch. Subtitles and regional dubbing will soon be possible when this starts in countries where the app will be operating in. Disney plans to offer its streaming services everywhere.

Disney + will cost $7 a month, giving subscribers four streams happening at the same time. Video quality will be in 4K HDR and audio at Dolby Atmos quality. You can set up to seven different profiles or accounts in just one subscription, compared to Netflix that only allows five user profiles. Netflix may also have a more extensive content library, but Disney + offers content geared for families with smaller kids.

What kids’ love is to be like their favorite characters, which is why the streaming service’s profiles may be designated using Disney avatars. There is also news that Disney won’t be showing all its original shows at once. The company plans to serialize its programming just like a regular television network.

Disney + may be the future of Disney itself. The company owns LucasFilm, Marvel and a large number of live-action as well as animated shows featured at the Disney Channel. Disney also owns Pixar and the beloved Walt Disney Co.

From the D23 Expo, it was also apparent that the streaming service was appreciated by the network’s fans, young and old. Excitement was in the air when the new series titles were announced especially fans of Marvel’s Avengers and Star Wars. 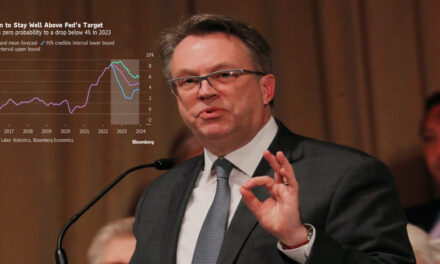 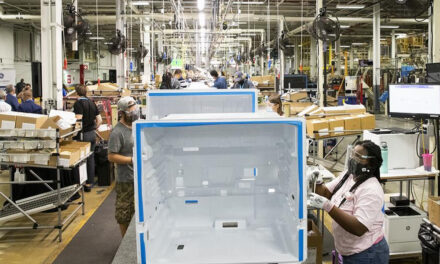 GE, Others Open Their Doors to Refugee Workforce