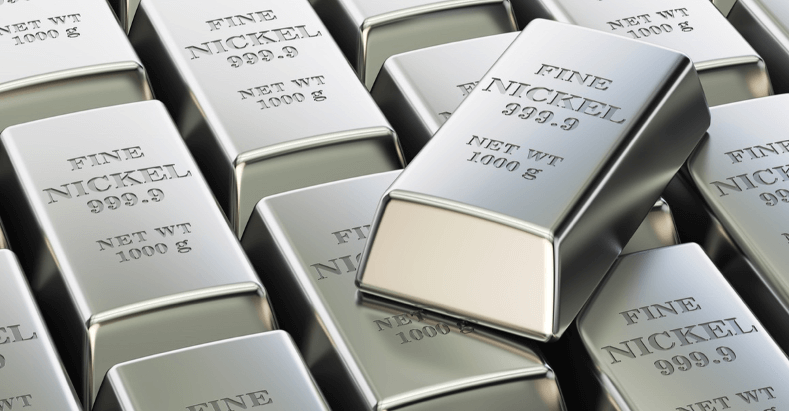 Major shortages predicted as the $2.7 trillion auto industry is about to send nickel demand soaring

A $2.7 trillion1 revolution is happening right now – and if you play it right, it could be one of the largest, most tremendous opportunities of the century…

I’m talking about the electrification of the world’s automotive fleet.

And as I’m about to explain, the worldwide phenomenon could generate big wins for companies that are keenly positioned.

The Age Of Petroleum Is Over

In the coming decades, almost all new cars will be powered by clean technologies.  And that means batteries.

But before the electrification of the world’s auto fleet goes full steam, there are still two major hurdles to overcome:

That means batteries need to last longer and cost less. And companies that help solve these problems could see tremendous growth.

That’s where this company comes in…

You see, this company could hold the secret weapon to curing both range anxiety and high costs: a metal that Elon Musk is practically begging for more of.

It’s not cobalt.  And it’s not lithium.

And companies exploring for this crucial resource – especially those in safe, western jurisdictions – are set to capitalize on the new energy economy.

More Nickel Is Critical To The Electric Car Revolution

Nickel is a cornerstone metal for future electric vehicles.

It increases range.  It lower costs. And as new battery technologies are developed, nearly all of them have one thing in common: more nickel.

In fact, car makers are trying to cram as much nickel as possible in their the next-generation batteries…

More importantly, Tesla is quietly working on an 100%-nickel cathode that could add significant mileage to each charge… and dramatically increase the company’s nickel consumption.

Indeed, the timing could be perfect for companies like this one, which are advancing the next generation of nickel projects.

Why This Company Is Catching The Attention Of Investors

The Albert Lake property is a premier asset that boasts some of the highest-grade nickel ever mined in Canada.

It consists of 90,127 hectares of drill ready exploration lands located in Saskatchewan, Canada with over 80,000 Ha. currently unexplored.

It’s also host to the historic Rottenstone Mine.

The Rottenstone mine was a high-grade, open pit Ni Sulphide which was in production from 1965 to 1969.  It produced nickel at an eye-popping average grade of 3.23% Ni – which is several times higher than most producing operations.

In fact, they think it has similarities to the famous Raglan mine which is located a few hundred miles to the northeast of this company.

The Albert Lake Property is considered to have the same multi, variable size, high-grade Ni deposits as at Raglan.

This could be a tremendous win for the company.

If this company is sitting on the next Raglan, it could quickly cement it as one of the next great nickel companies.

And that’s exactly what management is busy trying to do… In fact, this year’s exploration program has already seen great success. A 9,000km heliborne high-resolution magnetic survey discovered several high-quality targets. A drill program confirmed an extension of the Historic Rottenstone Deposit to the south and southwest.  It also identified new mineralized ultramafic deposit at depth in the “Island Showing Area”.

And it provided greater geological understanding and confirmed the historic Rottenstone Mine is not the only mineralized body on the Albert Lake property. More than 15,000 feet of drill holes are planned for the rest of this year – meaning this company may soon make a significant discovery. This company is also cashed-up and fully funded to carry out its exploration and drilling programs for the remainder of 2021 and 2022. In fact, there was so much desire from investors, the company had to “upsize” its funding round to $11.15 million.

Listen, opportunities like this don’t come around very often. Nations across the globe are banning gas-powered cars…Nickel demand is about to increase exponentially…A nickel supply shortage could hit as early as 2023…

And this company is sitting on one of the most-promising early-stage nickel prospects in the world – a former producing mine with some of the highest-grade deposits ever mined in Canada.

Plus, car manufacturers like Tesla are practically begging for more nickel supply from safe nations like Canada.

Don’t miss out on the electrification of the world’s automotive fleet.