John Warner, a former senator from Virginia, passed away at 94 in his home in Alexandria, Virginia.

On May 25, Warner died from heart failure. His wife and daughter were on his side together with Susan A. Magill, his chief of staff, for 20 years.

President Joe Biden extended his condolences for Warner’s family and expressed his admiration for his former colleague in the senate. Biden stressed how much Warner valued his principles and relied on “his conscience and the Constitution.”

Warner has gone against his own party, the GOP, in matters involving women’s rights and gun policies. Furthermore, he also chose to support Biden, a Democrat, instead of his party’s candidate for president during the 2020 elections.

A GOP senator at the center

Warner will be remembered as a centrist Republican. He served as a senator for 30 years before retiring.

He was succeeded by Democrat Mark Warner in 2008, to whom he doesn’t have any familial relation and who challenged him in 1996 for the Senate seat.

Mark Warner released a statement about his former rival’s death, saying that John Warner “epitomizes what it means to be a senator.”

During his time as a senator, he became the chairman of the Armed Services Committee.

He would sometimes contradict his party’s view on several issues, which irked some more conservative Republican leaders.

Nonetheless, he maintained his seat in the Senate for five terms since he was hugely popular among Virginians.

John Warner is dubbed as one the influential Military experts to set foot on the Senate floors. During the Nixon administration, he was appointed as Under Secretary of the Navy.

When Gerald Ford became president, he was asked to be a participant during the Law of the Sea talks. He also became instrumental in negotiating the US-Soviet Incidents at Sea agreement.

A husband to a super movie star

More than his military and political career, Warner became even more famous when he married actress Elizabeth Taylor. His fame was clearly amplified as he became Taylor’s sixth husband.

His marriage became instrumental in expanding his campaign for the senate seat. More people became interested in his profile, especially as Taylor accompanied him during his tours and travel.

When he successfully won as a senator in 1979, several jokes about his prominent marriage to a movie superstar surfaced. However, the one joke stuck for life is “Sen. Elizabeth Taylor” in the “Doonesbury” comic strip.

Soon after he established himself in the senate as a military expert and the Virginian senator, Taylor faded into the background.

The lack of familiarity and support system demanded by her husband’s position affected Taylor’s self-worth.

For Warner’s part, he became more focused on his work. Eventually, the couple grew apart and got divorced in 1982. Both of them remarried, but they remained friends. 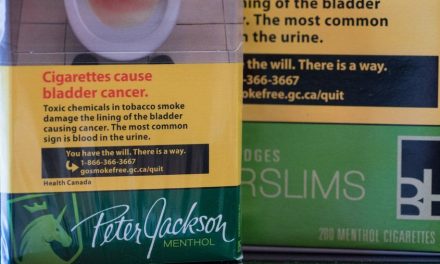