Get Ready for the Second Wave of Cannabis Profits 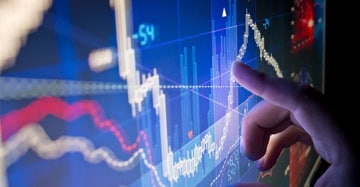 But don’t look for profits from big producers, the future belongs to innovative new brand marketers.

“Cannabis branding is the next frontier.” – TheStreet.com

“The test for the industry going forward will be which companies can survive as consumer packaged goods companies.” – Lightwater Partners Investment Advisors

If you’re an investor wondering what happened to the big promises of the cannabis revolution, here’s good news.

Cannabis stocks are showing signs of life. In the last 30 days many of the major payers in the industry have shot up between 12 and 60%.

That’s a good sign for the industry and investors. But don’t run out and load up on those stocks. Powerful forces are rocking the industry, and they spell big trouble for mega-cap producers.

Those are the companies that dominated the cannabis industry’s early stages by growing, processing, and selling dried cannabis flower.

As investors poured in, driving up valuations, producers used their new-found cash to expand production capacity.

The more they grew, the more cannabis that flooded the market, and the lower prices fell. Margins dropped off a cliff, profits bottomed, and investors bailed out.

That’s why you’ve seen the cannabis industry on a whole lose three-quarters or more of their market value.

In an example of how bad it was, one of the companies dominating the space was paying out more in share-based compensation than it made in revenue.

Basing a business model on how much plant a company can harvest and sell is a road to the bottom. Yet that’s how all the earliest companies were structured.

That gave them nothing to compete with except price and minute differences in quality.

Those companies still dominate the market. But unless they adapt to changing market conditions and differentiate themselves by more than low cost or high capacity, they won’t dominate for long.

Now everything is starting to change.

A new wave of cannabis

The industry is no longer in its infancy. Cannabis is legal in 33 states and across all of Canada. At least 18 more states stand to loosen their laws this year. Fully 60% of all adult Americans either use cannabis or are considering doing so.

As the market grows and matures, the competitive landscape is also changing.

You’re seeing a new kind of cannabis company emerge and it will dramatically change the industry and the fortunes of investors who see it coming.

Now, they say, “the question has shifted from ‘How much flower can you grow?’ to “How are you going to sell your products to vast new markets of cannabis consumers?”

Companies that are slow to make the transition from producer to consumer product brand marketers will fail.

In the words of marketing guru Philip Kotler, “If you are not a brand, you are a commodity. Then price is everything and the low-cost producer is the only winner.”

As with every successful consumer products industry, the winners will be the companies that create unique products and market them in a way that communicates directly with consumers.

There are five key factors to look for when choosing your next big cannabis stock to buy into, and one company that we think ticks off all of these boxes.

1. Look for a company whose founders are start-up and marketing heavyweights

Instead, the founders are marketing and start-up heavyweights who wanted to apply their expertise to what they recognized would be a huge and fast-growing new industry.

In a testament to their vision and skills, after launching sales of its first products in June of 2019, this company achieved $4 million in revenue in just their first six months.

One reason for their early success is because company founders studied the market and identified the biggest, fastest-growing, most profitable segment to focus on.

2. They have first-mover advantage in a $22 billion market

This company is concentrating its energies on creating and marketing a category of products that is experiencing surging demand: CBD ingestibles made from full-spectrum hemp.

Market research firm Brightfield Group predicts the CBD market could balloon from just $547.58 million in 2019 to $22 billion by 2022.

So far, most cannabis companies have focused on the market for high-THC cannabis.

THC is the psychoactive compound within cannabis that is responsible for the “high.” CBD, though, has no psychoactive properties.

Companies are further restricted to selling only within individual states where they have been granted state licenses.

Hemp-based CBD products, on the other hand, can be sold across state lines without having to be licensed in each individual state of sale.

That gives this company access to a tremendous market that few other cannabis companies have recognized yet.

Says the Brightfield Group, “Hemp-derived CBD has been gaining huge momentum in the shadows of its oft-spoken about cousin, marijuana, allowing its growth to be largely overlooked by the cannabis industry.”

The cannabis industry isn’t the only group that has overlooked hemp-based CBD, either. Investors have failed to recognize the huge opportunity in companies like this that are leading the CBD charge.

But while the vast majority of cannabis companies and their investors continue to focus on producing and selling high-THC cannabis, the real market potential is in CBD.

Launching at the end of 2018, they were one of the first companies to be granted a hemp cultivation and processing license by the State of New York.

From that Syracuse facility, the company sells and ships product nationwide.

3. Their products boast the highest CBD absorption rate in the market

The company’s marketing-savvy founders recognized from the very beginning that one of the keys to their success would be to produce high quality products that resonate with consumers.

First and foremost, that means overcoming the problems that have plagued other CBD product makers – low potency, lack of consistency, and lack of uniqueness.

Potency has been a major problem in the industry, with maximum CBD absorption rates no higher than about 46%.

What’s more, many CBD products contain different potencies from batch to batch, making it hard for consumers to reliably know what the effect of a particular product will be.

They solved those problems by developing a product by a unique patent-pending technology that results in the highest absorption rate of any CBD product in the market today.

By creating a product that delivers CBD through the mouth’s mucus membranes instead of through the stomach by digestion, they were able to achieve a groundbreaking 84% absorption rate.

This is proving to be a significant draw for consumers.

5. They are ripe for acquisition

With their strong branding, their focus on high profit-margin edibles, their industry-leading absorption rates, their low debt load, and their innovation-driven leadership, this little-known gem is positioned to become a major player in the budding CBD industry.

And with few outstanding debts, the company is attractive for acquisition. Few competitors have reached a similar level of advantage.

The next year should see a considerable number of mergers and acquisitions in the industry.

Arcview Market research and BDS Analytics recently issued a joint report stating that “As the edibles business grows and regulatory fears in the US ease, the pace of intra-industry mergers and outside acquisitions will increase exponentially.”

The report goes on to say, “The brands being built today will be the edibles powerhouses of tomorrow, and they’ll be very attractive acquisition targets when the attention of the multi-billion-dollar mainstream food and beverage industry shifts to possibilities offered by legal cannabis—and it will, especially with national legalization in Canada and continued movement in that direction in the U.S.”

Major consumer package goods manufacturers are looking for ways to grab a share of this potential $22 billion market. Growth through acquisition is considered to be a quicker, cheaper, and far less risky way to achieve growth. Many companies opt to buy expertise, product, and market penetration.

They are an attractive target, giving potential investors yet one more reason to look closely at this dynamic company in the new CBD bull market. Sign up to receive more information about this innovative young company that is poised to take the lead in the booming CBD market.