Google has revoked Huawei’s Android license after the United States started to crack down on the Chinese company. The move has dealt a massive blow to the already beleaguered telecoms company. The news regarding Huawei’s suspended Android license initially broke out on Reuters, with The Verge later confirming the report through a source familiar to the situation.

A spokesperson for Google said that they are only “complying with the order and reviewing the implications.” The spokesperson might be referring to the US Commerce Department’s order to put Huawei on the “Entity List.”

According to Reuters, it is a list of companies that cannot purchase technology from American companies without approval from the government.

However, the spokesperson pointed out that Google Play and the safeguards from Google Play Protect remain and will still work on existing Huawei gadgets. It means that Huawei smartphones currently in use around the world won’t be affected by Google’s decision yet. However, there’s a question as to how future updates for these devices, as well as any new smartphones the company would release, will work.

At the moment, Huawei has no choice but to utilize the Android Open Source Project (AOSP), blocking the company from vital Google services and applications that users outside of China demand from their Android units. It also indicates that the Chinese tech company can only roll out security updates once they’ve reached the AOSP, supposing Google even uses its update process. The effect this will have on the whole array of Android integrations that Huawei still relies on remains to be seen.

US President Trump and his government has been putting more pressure on Huawei the past few months over concerns that the Chinese government could access the telecom company’s equipment and used to spy on US networks.

These fears have been building for a long time. Last year, American intelligence firms issued a warning against the use of ZTE and Huawei devices. US politicians have even alleged Huawei as “an arm of the Chinese government.”

Huawei continues to assert the impossibility of the Chinese government to infect its equipment and devices with backdoors. The company has also remained positive about its business futures. However, the limitations set by Google puts the fate of Huawei’s primary mobile business in jeopardy.

Huawei was reportedly developing its own operating system so it will have a fallback in the event it was prevented from using the Windows or Android OS. But due to the US’ wariness on foreign intrusion, a Chinese developed OS would probably face even greater scrutiny that Google’s system.

As Metaverse Transitions into a New Phase, Exciting Upstart Emerges to Help Lead the Way Listing on the NEO Exchange 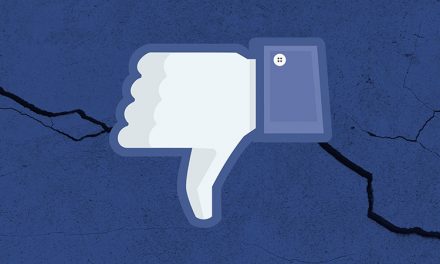