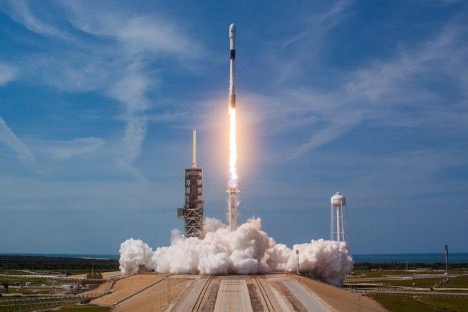 The shortage of this noble gas has meant lab operators are restricted in how often they can operate certain equipment, such as scanning tunneling microscopes. And while many larger users of helium, like laboratories, have sufficient infrastructure to efficiently use and recycle helium, it is not enough to offset the decline in supply.

Helium is non-renewable and irreplaceable and there are no biosynthetic ways to produce an alternative to helium.2

In recent years, helium has become far more scarce since its use is predominantly for healthcare, technology, analytics, and industrial applications rather than just balloons, and helium has been called the “Most Important Resource No One is Talking About”.3

While helium balloons are regularly given away for free at birthday parties, fairs and other social events, a perfect storm of increased demand for helium with limited global capacity for production have caused what many industry experts call the ‘Helium Shortage 4.0.’4

Making matters worse, the Federal Helium Reserve in the US, which was previously a global supplier of helium, is set to stop selling helium to the public in September 2022 and wind down its strategic helium storage.5

With helium prices set to soar, smart operators like one company we’ve identified, have proactively positioned themselves to supply the demand.

Not only does this company hold land directly adjacent to and surrounding North American Helium’s discovery, but they are also publicly traded, meaning investors just like you can capitalize on this early-mover advantage.

The company expects to begin its drilling program of up to six wells based on seismically defined targets and to begin initial commercial production of raw helium as early as Q1 2023—meaning liquidity and cash flow could soon be right around the corner.

At the core of the company’s story is a piece of real estate in a jurisdiction with a government that’s making a laser-guided effort to become a serious contributor to the helium market.

They have secured approximately 5.5 million acres of permitted land in Saskatchewan, with over 750km of 2D seismic data on hand to map out their targets.

Historically, North America has represented the largest source of helium demand, with the US alone accounting for 30% of the world’s consumption.6

Where the company stands out is not only in its massive land position in one of the most amicable jurisdictions for helium on the planet (Saskatchewan), but also in how ESG-friendly its proposed production will be.

This company’s targeted geological formation, The Deadwood, has the highest concentrations of helium in Southwest Saskatchewan.7

Saskatchewan’s helium occurs with nitrogen as the primary carrier gas with little associated CO2, allowing nitrogen to be vented in an environmentally-friendly manner while providing cost advantages during helium extraction and purification.8

That means the potential helium supply will be sourced by drilling directly for helium, unlike most of the world’s current suppliers (Russia, Algeria, and Qatar) which source their helium as a by-product of natural gas production.

Canada currently has the fifth-largest known helium resource in the world, trapped in considerable underground reservoirs and the country’s largest purification facility located in the province of Saskatchewan.9

Saskatchewan, as a jurisdiction, is making a strong case for becoming the world’s next helium hub, with a stated vision to secure 10% of the global market share by 2030 through its Helium Action Plan.10

The plan comes after an expansion to the Saskatchewan Petroleum Innovation Incentive (SPII) to include helium projects, including the goal of building up to 15 helium purification and liquefaction facilities.

SPII offers transferable royalty/production tax credits for innovative, made-in-Saskatchewan projects at a rate of 25% of eligible costs, including capital and operating expenditures, with up to a maximum of C$5 million in credits.

OGPII provides qualified Saskatchewan infrastructure projects with a 15% transferable royalty credit which is based on capital expenditures, with up to a maximum of C$75 million in credits.

The land base comes with an initial 3-year exploration term with certain minimum capital expenditure requirements and annual lease rentals, with the option to extend the initial term and take lands to a 21 year production lease.

After production begins, a nominal 4.25% net provincial royalty rate is paid to the government.

This land position also comes with extremely favorable established infrastructure, including easy access to public roads, power, and water, as well as an existing pool of skilled labour with direct experience in resource extraction, and the site is only a one-hour drive from the US border, making future potential shipping to new markets much easier.

With the cash on hand to get started, the company is set with at least 6 drill targets initially identified based on seismically defined prospects and chance of success, with 10-12 additional targets that can be pursued subsequently.

The process for drilling helium is essentially the same as drilling for natural gas, allowing the use of the same rigs, tools, and personnel for drilling operations.11

Once a commercially viable helium reserve is discovered, the well is completed and helium production can soon follow, provided processing facilities are also in place.

They anticipate initial commercial production of raw helium will begin in Q1 2023.

Thanks to its strong land and cash positions, its knowledgeable leadership team, and all the other benefits listed above this company presents a unique opportunity to investors.

The opportunity couldn’t come at a better time, as helium demand is increasing but quality helium plays are scarce. Sign up to learn more about this aggressive young company in the heart of a mega trend.