Ginni Rometty, CEO of the International Business Machines Corp. or more commonly known as IBM, risked $33 billion to salvage a century-old company from irrelevancy. The company, Red Hat Inc., is in a business field with competitors such as the younger tech giant Amazon.com Inc.

Important highlights about this breaking deal:

IBM is buying Red Hat Inc., a seller of software and services based on the open-source Linux operating system. This proposition is the second-largest deal in industry history.

However, looking at IBM, the company’s shares fell to 4.1 percent to US$119.64 on October 29. This is the lowest recorded closing price for the company since early 2016. This situation makes some investors skeptical if the deal will push through.

With a deal financed mainly by debt, IBM’s credit rating from S&P Global Ratings was downgraded.

The agreement with Red Hat serves as a buoy for IBM’s profit margins. It aims to improve the buyer’s profit margins and take the company further into the hybrid cloud, an emerging part of the business.

The public cloud market is expected to increase to US$83.5 billion by 2021. IBM missed the chance to join the revolution under the Rometty’s predecessor Sam Palmisano. Palmisano dismissed Amazon’s strategy on prioritizing the budget for massive data centers to handle other companies’ computing tasks.

In 2013, although Amazon, Microsoft Corporation, and Google had a head start in this market, CEO Rometty paved IBM’s way into the public cloud with the US$2 billion acquisition of SoftLayer Technologies Inc.

Falling revenue and massive cost cuts have defined CEO Rometty’s tenure until now. She won the CEO job in 2012 primarily due to her success in integrating another major acquisition.

This business venture with Red Hat’s acquisition will offer a chance for IBM to redefine its goals and to redirect its investors’ focus on the new challenge of hybrid cloud.

The hybrid cloud is the part of the business where companies run their software and store data on a combination of public cloud services and their servers. Red Hat already operates successfully in this space and this deal aims to oversee over large organizations like Amazon, Google, or Microsoft that do not want to outsource work.

Hopes for This Deal

In this endeavor, IBM will need to give money to the top public cloud providers, unlike Microsoft that makes money from the data centers.

Although this deal is not a significant game-changer as claimed by the CEO and it is an admission of IBM’s failed public cloud efforts, the CEO said that she is as confident in this acquisition as those before it. 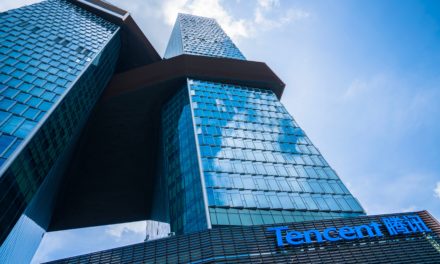 Biogen Repurchases $5 Billion Worth of Shares