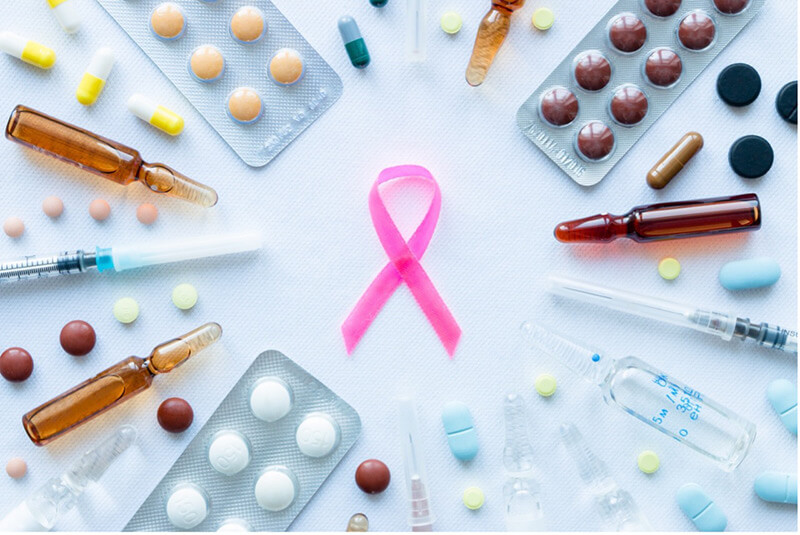 A Little-known Corporation is developing a low-cost, “lying down” 3D imaging technology that could revolutionize breast cancer screening, diagnosis and treatment

Breast cancer remains a devastating scourge for women that just won’t go away.

According to the American Cancer Society, approximately 1 in 8 women (13%) will be diagnosed with invasive breast cancer at some point in their lifetime.  Every year in the United States, 268,0001 women get the bad news – and 42,0002 die from the disease.

Yet despite this, the x-ray machine doctors use to detect breast cancer, the mammogram, is now 70 years old, first becoming widely used in the 1950s.3

In a regular ordeal that hasn’t changed much in half a century, technicians place women’s breasts in a device that compresses them tightly between metal plates, pinching and pulling on skin, while an x-ray machine takes a two-dimensional image of the breast tissue.

It’s a painful, often excruciating and embarrassing exam that unfortunately still misses a significant number4 of cancerous tumors in the beast.

Yet now, an innovative bioengineering company is developing a revolutionary new imaging technology that is a possible game-changer.

This company is working with Universities to develop the first major advance in breast imaging technology to come along in decades.

At Last, a Breast Imaging Technology for the 21st Century!

This CT Imaging Platform is unlike any other breast screening technology currently on the market – and its potential as a platform is far greater than merely that of a diagnostic device.

Instead of women standing in front of an old-fashioned x-ray machine that squeezes their breasts in a kind of vise, they lie on a warm, bed-like platform and place their own breast comfortably in a hole in the platform.

Beneath the bed-like platform, an advanced computed tomography (CT) camera moves around the breast in a 360-degree circle, taking 500 crystal-clear images in just 10 seconds.

Proprietary computer software then takes these 500 raw image-slices of the non-compressed breast and produces a true 3D image of the entire breast. 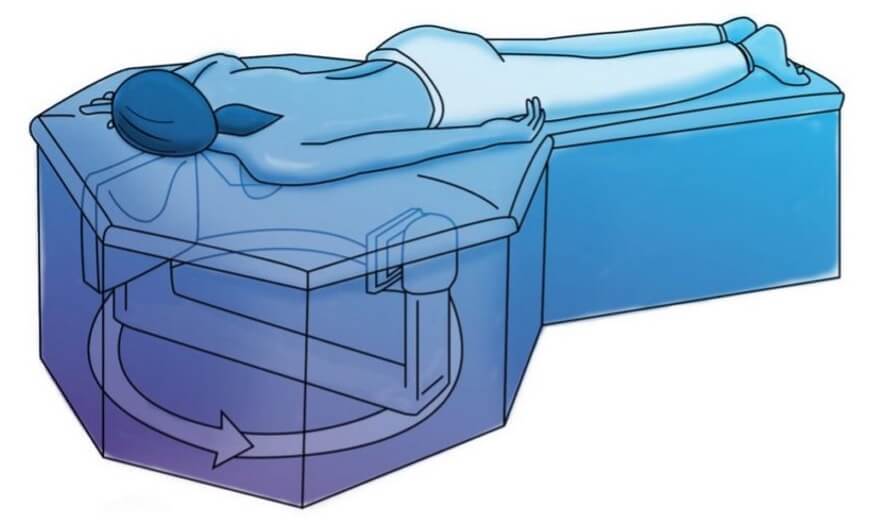 These high-resolution 3D images of the breast are comparable in quality to images created by ultra-expensive Magnetic Resonance Imaging (MRI) scanners – yet for a fraction of the cost.

The 3D images allow radiologists to detect cancer tumors not seen by other front-end imaging technologies, as small as 3- to 5-mm or about an eighth of an inch.

Researchers estimate that use of this Imaging Platform, as a front-end cancer screen, could allow doctors to detect breast cancer as much as a year and a half earlier than they normally would with existing technologies, eliminating tumors at their very earliest stages of development.

This could in turn make unnecessary many draconian later treatments, such as full or partial breast removal or mastectomies, now performed to save women’s lives.  In addition, the technology could eventually be used for diagnosis (surgical biopsies) and treatment (image-guided radiation therapy).

The cost savings – not to mention the improvement in the lives of hundreds of thousands of women – would be potentially incalculable.

According to one recent study, old-fashioned mammograms miss up to 15 percent6 of cancer tumors and follow-up ultrasounds miss 2.3 percent, often because of the dense breast tissue common in younger women and in about 40 percent of women over the age of 40.7

Some tumors are simply too small for existing imaging technologies to detect – and early detection is crucial for surviving many of the 218 different types of breast cancer.

It sometimes happens that a woman will feel a pea-sized lump in her breast, have a mammogram and even a follow-up ultrasound test, and be told it is simply a benign cyst.  Months or even years later, she will discover that it’s something far more dangerous, a cancerous tumor9 that requires partial or full breast removal.

Approximately 100,00010 women in the U.S. undergo mastectomies every year.  According to one study, fully one third (33 percent) of women diagnosed with early-stage breast cancer have one breast removed and 8.7% have both breasts removed.11

Although breast reconstructive surgery and implants can often mitigate the trauma of mastectomy for some women, the procedure can nevertheless be devastating to women’s personal lives.

In essence, this companies Imaging Platform will allow radiologists to view MRI-quality 3D images as part of the initial, low-cost, low-dose routine breast cancer screening – as many as 40 million per year – and not have to order and then wait for later, expensive follow-up tests.

Plus, right this little-known company is only one of a tiny handful of companies researching advanced breast imaging technologies – and the only one13 currently with fully-functioning prototypes now being clinically tested with actual patients.

Hundreds of Millions of Women Will Demand This Technology

Women all over the world will soon hear about a brand-new, safe, easy and private way to do breast cancer screenings – lying comfortably for a few seconds on a warm, bed-like platform rather than standing in front of an x-ray machine while their breasts are compressed between cold metal plates.

Once word gets out, the demand for this disruptive new technology will likely be intense.

The time to investigate this is now, before it gains FDA approval – approval for the first major breakthrough in breast imaging technology to come along in decades. Sign up to read our exclusive report.