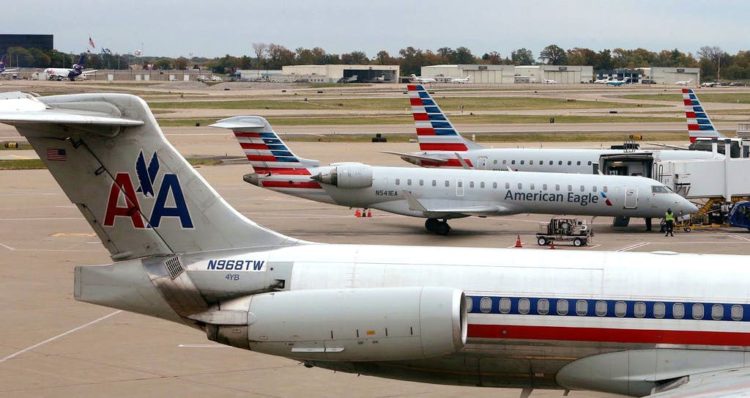 With the US travel sector reopening in stages, the number of flights to various domestic destinations has risen over the past few weeks. This has also signaled recovery for American Airlines whose share prices rose considerably as of the end of the second quarter of the year.

The airline’s financials bounced back much earlier than expected at the end of q2-2021, with cash generation averaging $1 million a day. Company president Robert Isom and CEO Doug Parker agree that American Airlines is moving in the right direction, stating that the company’s revenue and expense performance results were much better than expected.

Parker says that this is quite an achievement, as the airline is still in the process of working its way back to full flight capacity and ensuring safe journeys for its passengers.

The company has also declared that it will post a modest pretax profit next week as it reports on its earnings for the quarter and the first half of 2021. However, market analysts are taking this with a grain of salt as the figure will be up by $1.4 billion from the recent federal bailout for the airline industry.

Nevertheless, share value for American Airlines is currently up by 3%, closing at a respectable $20.62 as trading ended last week. American was also the best performing airline on the S&P US carriers’ index, as rival Delta’s value dropped by 1.6%.

The road to recovery

The pandemic has certainly taken its toll on the global airline industry, and American Airlines was no exception. AA sales were down by 38% compared to its performance back in 2019, but this was still slightly better than the 40% drop the company expected.

Recently, market analyst Conor Cunningham of MKM Partners stated that with domestic leisure traffic nearly back to pre-pandemic levels, airlines have every right to be optimistic for business and international travel in the coming months.

For now, the key challenge for American and other airlines is how they can rebuild their profitability post-pandemic. According to a recent Bloomberg report, the price of shares for American Airlines is down by $2.24 if calculated without federal financial aid.

American Airlines is currently working on possible recovery strategies which do not depend on a billion-dollar bailout from the government. In the meantime, it has already made plans to recall a number of flight attendants who voluntarily went on an extended leave on top of staffing initiatives currently in the pipeline.