Cryptocurrency is an online medium for different parties to conduct financial transactions. You can send cryptocurrencies to another person using either private or public keys. Although you will have to pay processing fees, you still save a lot by avoiding to pay a large amount of money that financial institutions often charge. Most importantly, no central authority controls and manipulates this internet-based medium of monetary exchange.

The global size of the cryptocurrency industry is challenging to measure because it is a very complex sector and still lacks transparency. However, researchers in Ireland predict that the industry will continue to grow by an extra  $400 million by 2024. This year it is at $1 billion. Other estimates predict a faster rate of growth.

The rules and regulations on the use of cryptocurrency are different from country to country. For example, China has banned cryptocurrencies, and India recently recommended similar methods. Meanwhile, France and Japan have established laws around this contemporary and controversial issue.

Back in March 2017, Belarus President Alexander Lukashenko met with Viktor Prokopenya, an entrepreneur, to discuss possible ways to boost the country’s digital and technology sector. Prokopenya, along with IT companies and lawyers, drafted guidelines on the implementation of the global phenomenon known as cryptocurrency.

In just two years, the country was able to set the specific rules and regulations which then allowed investors to trade bitcoin in Prokopenya’s exchange. His team started everything from scratch by making sure that each detail was in place. Afterwhich, other firms developed and introduced their cryptocurrency platforms.

Belarus is one of the few small countries that have engaged in digital currencies and set specific rules on its use. Their work could contribute to cryptocurrency’s global market development and growth.

Companies that are developing digital currencies have trouble deciding on the location for their business. They can either choose to set up a firm in major financial centers such as London and New York or a less regulated jurisdiction like Seychelles and Belize. The former option is best for big firms that want to be safe, but there are many strict rules to follow, and it will cost the business a lot more. Sui Chung, from a cryptocurrency futures exchange based in London, shared that being in a financial center allowed them access to highly skilled employees.  Companies in established centers also have access to more liquid markets.

Meanwhile, the latter option allows for easier market access. According to a study by Cambridge University, smaller countries like Belarus and Bahrain have constructed more sophisticated approaches. However, these areas have lighter rules, thus offer less protection  and more freedom for investors.

Belarus, Bahrain, Malta, and Gibraltar are new entrants to this industry. They are trying to offer a third option for cryptocurrency companies. They are making specific rules for the sector aimed to attract several companies by providing regulatory security and tax concession. Though there is no guarantee that they will succeed, this opportunity is too big to pass. They can take advantage of the emerging market, which can bring investments and create jobs opportunities.

Creation of frameworks for cryptocurrencies benefits both the countries and the companies. However, if the rules are not right and do not abide by global laws, the nation will fail and end up illicitly using digital coins.

There are many concerns over the success of these countries to lessen or even eliminate hacking and illegal activities, like money laundering. Also, the cryptocurrency industry is rapidly evolving, which means the rules that they set may become outdated in just a couple of years.

Belarus offers tax breaks for companies dealing with cryptocurrencies. The nation also has looser rules on the controls of currency and visas. Meanwhile, in the United States, digital currency transactions have taxes. Also, in Britain, capital gains are taxable.

iExchange, a cryptocurrency trading platform, has recently started its operation in Minsk, the capital of Belarus. Since it began operating, it has continuously aimed to attract investors from Russia and nearby former-Soviet countries.  Igor Snizhko, the co-founder of iExchange, shared that Belarus was an excellent choice since it had already constructed its regulatory framework, and it was satisfactory. The firm had initially looked at other places like Estonia and Malta but ended up choosing Minsk due to its proximity to the target market.

The country is strict and demands thorough audits of issuers of digital currency. They also ask companies to present a detailed report on their project before they issue any permit. As for trading platforms, they will continuously monitor and try to detect any suspicious transactions following the international standards for money laundering.

Because iExchange is focusing on the CIS market, they note that it is an up-and-coming yet dangerous market to engage in due to the fear of a lack of transparency. Despite all these uncertainties, the company continues to gear towards that market.

ZPX is a crypto firm that you can locate in Singapore. It is launching its cryptocurrency trading platform called Qume next month, which will cater to institutional investors. The company has recently decided to base its business in Manama, the capital of Bahrain.

Ramani Ramachandran, CEO of the Singapore-based crypto firm, voted against the idea of basing their business in a place where there is little to no regulation at all. Operating in this area could cost them some significant potential investors. He believes that as digital coins gain more and more popularity, investors will look for properly regulated exchanges like Qume.

In February, Bahrain launched its rules for the cryptocurrency industry, including trading platforms. Their rulebook covers all aspects of security from rigorous background checks on all customers to measures taken in cases of cybersecurity risks.

One significant advantage of setting up crypto businesses in Bahrain is the costs. The fees companies would have to pay in administration and compliance costs are much lower in these locations. When you build your firm in financial centers, you will have to pay a much higher amount of money. ZPX announced that it would only cost them $200,000 a year in Bahrain, compared to $750,000 a year in London, which is a known financial hub. 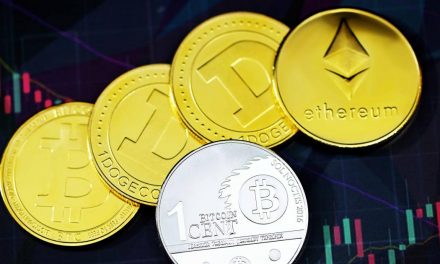 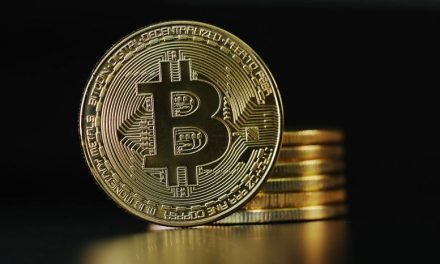