The Global Lithium Supply Squeeze Comes To The Nevada Desert 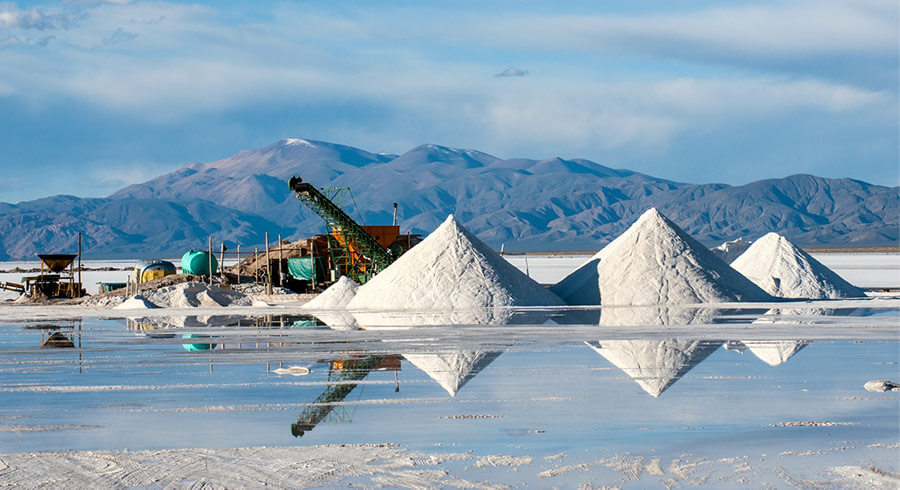 The hopes and dreams for a carbon-free North America are in big trouble, due to this shocking fact:

For all the excited talk about solar and wind power… for all those forecasts for tens of thousands of electric vehicles… the truth is that there is not nearly enough lithium being mined in the world to make those clean-energy dreams come true.

To make things worse, between 2018 and 2020, low prices for raw lithium led major miners to cut back or scuttle plans for new projects.3

As lithium prices soar beyond $10,000 a metric ton, they’re now scrambling to meet demand. But it’ll take years to catch up.

And that’s why natural resource investors need to immediately add one company to their radars.

This company has four enviable projects, each with the potential to deliver thousands of metric tons of lithium to an increasingly voracious market.

Don’t Wait For The News

Best of all, investors can position themselves to ride this opportunity for years to come.

Labor shortages in Nevada, along with the pandemic’s impact, have set back exploration on this company number one target. That target is its nine-square-mile property in the heart of Nevada’s world-famous lithium belt, the Clayton Valley.

But that’s expected to change in 2022. We could see steady bursts of exploration results as this company’s geologists finally crack open its Deer Musk East project in the Clayton Valley.

There’s never been a better time for this company to explore its high-potential lithium property because this market will only get hungrier for lithium supply.

These are anxious times for companies on the demand side, which need hundreds of thousands of additional tons of lithium.

Those cravings are what led some analysts to now estimate that the lithium market will grow nearly 4X over the next eight years, from the 320,000 metric tons mined last year, to 1.4 million metric tons by 2030.4

That pace may seem historic, but even that quadrupling of supply means meeting the lithium demand will come up about 1.6 million metric tons short.

Other analysts now forecast that demand is expected to hit 1.1 million metric tons by 2025 and 3 million by 2030, according to Reuters.5

That begs just one question… where the heck is all that extra lithium going to come from?

“There is not sufficient supply to meet this demand projection based on our knowledge of known projects today. That includes all projects whether they are under construction, in feasibility or still in exploration.”6

His warning is now entrenched in the lithium culture where Global X ETF analysts report that lithium miners need to plan for scenarios where annual demand exceeds 1.1 million metric tons of lithium by 2025.7

And, as you’ve already seen, any inability to expand that number could leave the world 2 million metric tons short by 2030.

This massive demand is why some big EV makers will likely be forced to secure long-term supply contracts with individual mining companies.

That’s a formula that could put companies in the driver’s seats when it comes to setting price per ton.

At that point, going green is merely a decision and not a financial burden.

That’s why investors need to keep an eye on this company, and its Clayton Valley property in particular.

This company could be located in one of the world’s next great lithium belts.

In fact, Nevada looks as if it has similar properties to Argentina’s Lithium Triangle.

Deer Musk East is located in the southeast lower flank of Clayton Valley and lies south along strike of exposed lithium mudstone and claystone.8

The property is located about five miles southeast of Albemarle’s Silver Peak operation where lithium brines have been extracted and processed in evaporation ponds since 1967.

Currently, the Silver Peak mine produces 5,000 metric tons of lithium carbonate each year.9

And since lithium carbonate prices have jumped more 320% this year, to $27,500 a metric ton in late November, Albemarle’s small mine is now worth a fortune.10

In fact, that relatively small output helped drive Albemarle’s share price up more than 229% between January 2020 and December 2021.11

It’s no wonder Albemarle just committed $30 million to expand its mine to 10,000 metric tons a year. At today’s price, that would be valued at about $227 million a year.

No Matter How You Play It, This Company Looks Like A No-Brainer Investment

The lithium trend is racing at investors… it’s still at a speed where you could grab hold and take the full ride.

That’s why the Clayton Valley project could soon become today’s best lithium play. Moreover, this company has three other high-potential projects that need to be explored.

One of those projects is in Nevada’s Railroad Valley, a property whose geological features suggest the presence of vast underground lithium-bearing brines or aquifers.

You can think Argentina or Chile in size and scope.

In fact, Railroad Valley is similar in size to the Salinas Grandes salt flat in Argentina and holds the potential to become one of the best lithium resources in the world.

While Railroad Valley is geologically similar to nearby Clayton Valley in many significant ways, it differs in that it represents a new and virtually unexplored target.

And while the Railroad Valley project has not yet been explored for lithium, historic oil drilling activities and seismic surveys have amassed invaluable data for targeting potential brine aquifers.

This company also holds the rights to explore a third Nevada project. This one in the Edwards Creek Valley which is in a hydrologically closed basin in north central Nevada.

All the conditions known to accumulate lithium brines are met within the Edwards Creek Valley:

With the hunt for new lithium part of a worldwide trend, you could expect this company to stay in the news for years to come.

That’s why now could be the very best time to latch onto its affordably priced shares.

It’s time to call your broker or advisor and show him or her this report.  Then discuss the new opportunity in lithium that this company presents.

Because, when you take your position now in this company, you could find yourself among the earliest and biggest winners.