Thanks to a top secret process that turns single-use asphalt shingles into profitable products, this company is ready to seize a C$2.2 billion market opportunity. 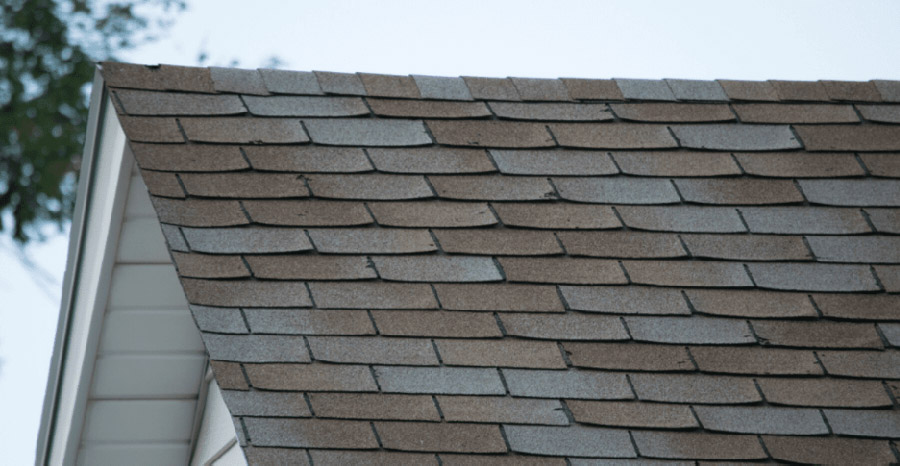 Look at this picture.  It’s just an ordinary asphalt shingle roof – the kind found in most of the 83 million houses across North America[1]. Asphalt shingles are the undisputed most popular roofing material in North America, accounting for over 80% of single-family detached homes in the US.

Most people don’t give asphalt shingles  a second thought.

But what most people don’t know is that every year, 90% of these asphalt shingles, which is equal to 12 million tons, are sent to overflowing landfills in the US.[2].

And with 25% of an asphalt shingle composed of bitumen/oil, that’s an estimated 3 million tons of oil (or 15 million barrels)!

Not only does the seriously harm the environment, it can lead to scenes like this: 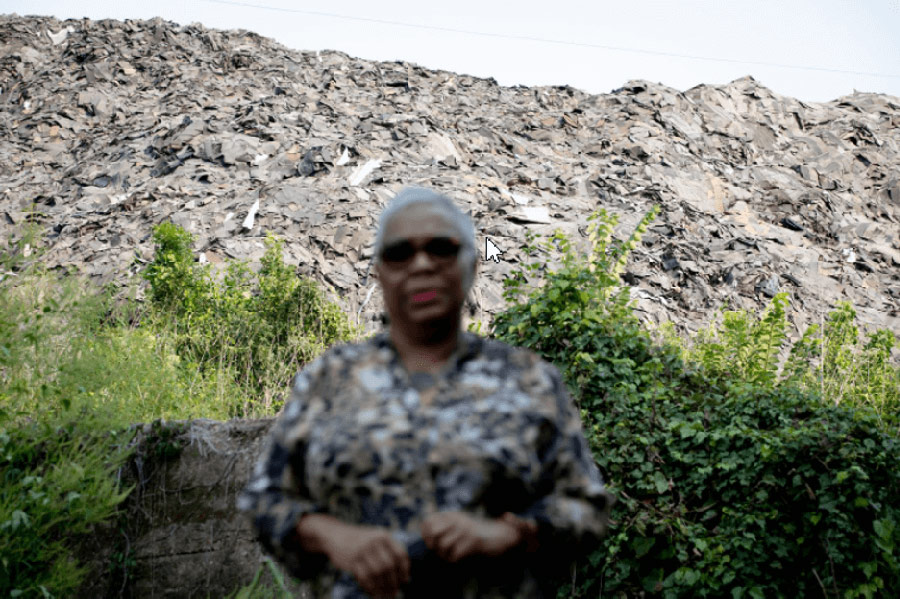 Dangerous particles from the shingles are thought to have caused breathing and heart problems for nearby residents .

And “Shingle Mountain” is just the tip of a massive iceberg that is growing by 12 million tons each year in the US alone.

Although asphalt shingles can technically be “recycled” (approximately 10%) by grinding them up and putting into road mix , it is far cheaper to just dump them in the local landfill – where they’ll sit for 300 years before decomposing .

But all that is set to change – thanks to a top secret process design technology currently being developed in this nondescript building in Metro Vancouver, British Columbia.

This building is called the Empower Facility, and it’s operated by the company we are discussing, a newly listed cleantech company with one singular purpose:

To recover and repurpose 99% of single-use asphalt shingle waste into component parts that can then be profitably resold back into the market for re-use.

And get this. The company estimates that its Empower facility has five different revenue streams with a second, larger “expansion” facility already in the planning stage.

This expansion facility will be re-optimized and re-engineered based on an independent engineering study which is currently in progress. This company’s revenue model is based on both inputs AND outputs. The five potential revenue streams are: tipping fees (inputs – which are paid to the Company by roofing contractors and waste haulers), liquid asphalt, fiber, aggregate (all outputs), and finally carbon credits. The carbon credits available from saving virgin production of oil are MASSIVE.

For investors looking for opportunities in the fast-growing cleantech market – which is estimated to hit $452.8 billion by 2027 – This company could be that opportunity because…

Thanks to its proprietary repurposing process, they have created a viable two-tiered business model that allows it to profit from both incoming asphalt shingles and outgoing repurposed primary components. They then generate revenue from both inputs AND outputs. Furthermore, the upside from carbon credits is tremendous, as the company completes its independent environmental assessment currently ongoing which will quantify the net carbon savings from its facility compared to virgin asphalt production. The upside from the carbon credits could be significant.

Its Empower Facility is in the commercialization phase with commissioning ongoing, and it already has an off-take agreement in place that will guarantee the purchase of the liquid asphalt.

And this is just the beginning, because the Empower Facility is just a “demonstration facility”.

While the Empower Facility will soon start generating revenue for the company, they are also using the facility as a means to perfect its proprietary process and create a “blueprint” design (the first of its kind) that it can then apply to optimized modular facilities in larger jurisdictions. This companies expansion facilities are likely to be operated in Calgary, Alberta, Toronto, Ontario and possibly the Pacific Northwest .

This secret “blueprint” will allow the company to quickly construct modular “plug-and-play” asphalt shingle repurposing plants in cities all over North America.

Each facility is expected to have a capital expense of approximately C$10 million. A second, larger and re-optimized/re-engineered “expansion facility” is already being planned, with two others targeted in both Canada and the US.

And with a “cashed-up” balance sheet thanks to its recent C$12.24 million go-public financing in July 2021 and a management team with a combined 280 years of operational, strategic, commercial and capital markets experience this company is poised for rapid growth.

Especially as cities begin to enact stricter regulations regarding the dumping of asphalt shingles.

Not to mention the possibility of larger “sustainability focused” and ESG institutional investors rushing in once they realize that this company could help them potentially hit both their investment returns and sustainability metrics at the same time.

This company’s proprietary process goes one step further than merely grinding asphalt shingles into smaller particles – which any company can do.

Instead, the company has a true competitive first-mover advantage – the ability to quickly and economically break down the ground asphalt particles into its three main components: liquid asphalt, fiber, and aggregate sands.

The main byproduct of the BEST – liquid asphalt – is far more versatile than mere ground-up asphalt shingles. That’s because, as a “base” component, liquid asphalt can be used wherever asphalt is needed. Asphalt cement is trading at all time highs of approximately C$890 per ton (as per August 2021).

Liquid asphalt also doesn’t officially count as “recycled asphalt shingles” – which has regulations controlling just how much can be used in roads and pavements .

This is why this company expects to be able to sell its liquid asphalt directly to asphalt producers at C$300 per ton . The upside here to sell at market prices (~C$890 per ton) is significant, PLUS there’s the opportunity for “green” asphalt, which could potentially command a premium to market!

Then, there’s the two other base components – fiber and aggregate sands – which can also be sold to fiberglass and cement companies.

Plus, this company doesn’t have to spend money to acquire the discarded asphalt shingles. In fact, it will earn money from taking these shingles off the hands of the construction companies. All it has to do is charge a fee lower than that of the landfills.

All in, this is a C$2.2 billion opportunity for the US alone.

This company already has a signed agreement with Lafarge that will secure 100% of the offtake of the liquid asphalt .

And the company’s “secret weapon” – its BEST process – doesn’t just apply to a single facility, because:

Imagine a future where 99% of discarded asphalt shingles can be converted back into its base components and reused – all in an economically-viable manner.

That would create a true “circular economy” for asphalt shingles – part of a larger goal we must all aspire to if we are to help mitigate the damage being done to the only planet we and our children will have to live on.

And that could very well happen, because this company is planning to set up modular “plug and play” repurposing facilities throughout the continent – each one using its top secret BEST process.

The company is also making moves on the political and regulatory front.

It has engaged Wellington Dupont, a leading public affairs firm in Ottawa (the capital city of Canada) – led by a former 10-year Member of Parliament – to help push the Canadian government to reduce the disposal of asphalt shingles in Canadian landfills .

As the company’s engagement efforts escalate, it could very well become a regulatory catalyst that will help this company realize its grand vision – a facility near every major North American city. If asphalt shingles are banned by municipalities from being dumped in landfills, the opportunity for this company to control market share is massive.

And with billions once again flowing into the cleantech space, there has never been a better time to take advantage of a unique, ground-floor cleantech investment opportunity that has both the technological and first mover advantage.

Sign up now to learn more about this fast-moving opportunity.