This Microcap’s Big Breakthrough Allows Them to Mine and Refine 99.5% Pure Lithium Carbonate In Hours, Instead of Years 1 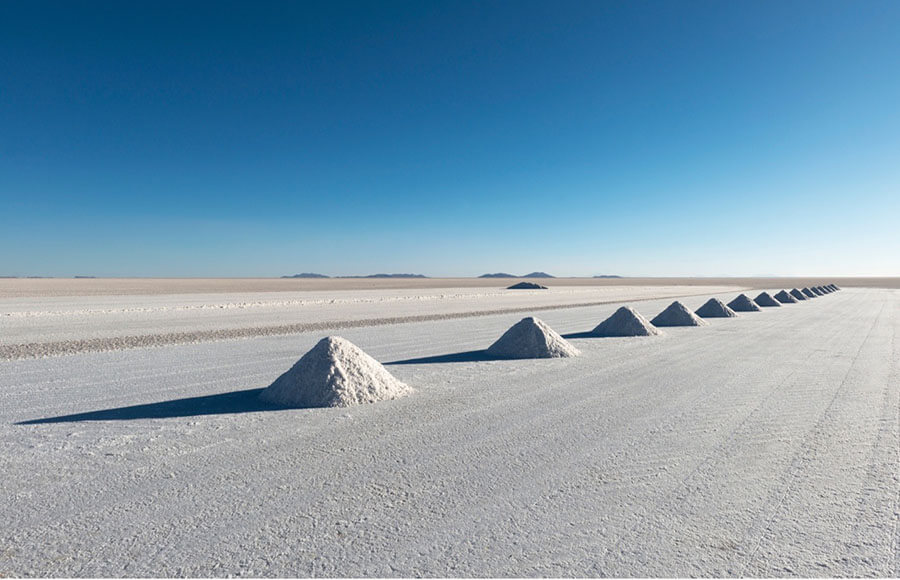 From cutthroat auctions, and multi-billion-dollar mergers, to a huge advancement in mining technology…

The events in the lithium market have understandably garnered interest from investors of all walks of life.

And for good reason. The price of lithium carbonate alone is a clear sign of the earnings that could await the right moves into lithium.

A year ago, in June, a metric ton of lithium carbonate sold for about $10,000.2 At the time, it was said to be an outrageous price.

...investors still have not missed the boat with lithium.

As surprising as this is, the market is still in its infancy.

The era of the lithium-battery-powered electric vehicles is just picking up speed.

That’s why there has never been a better time than now to look into one up-and-coming company.

This company has a proven technology that it’s using to turn lithium brine into 99.5% pure lithium carbonate in hours instead of years.

Ekosolve is a proprietary mining technology that uses solvents to rapidly separate lithium from brine and into lithium carbonate.

This company licensed Ekosolve from the University of Melbourne, Australia, which developed and patented it. Initially, the cutting-edge technology was developed to make lithium mining from hard rock / spodumene economical.

But, when this technology is used for leeching lithium from brine, the process is so streamlined it takes about three hours to produce lithium carbonate.

That’s opposed to nearly two years with brine that evaporates the traditional way in collection ponds.

Ekosolve also has a massive advantage when it comes to all-in mining costs, mainly due to the technology’s ability recover so much lithium from the brine: at least 90% with a 99.5% purity.

Thanks to Ekosolve, this company cost per metric ton could be as much as 50% less than a traditional lithium brine operation, coming in at about $2,500.5

In contrast, S&P Global Market Intelligence found that the total all-in cash costs for a tradition brine operation is about $5,580.6

That means this company would have the capability to quickly establish a 500-metric-ton processing plant, before expanding to as many as 10,000 metric tons of lithium carbonate a year.7

This small company comes with another huge advantage, thanks to the foresight of its CEO, Nader Vatanchi.

While he graduated with a Bachelors of Arts in Criminology from the famous Simon Fraser University, Mr. Vatanchi ultimately followed his entrepreneurial desires.

His reputation for mining success allowed him to attract a top-notch team. Among them are mining notables such as Phil Thomas, Ian Browne, and David Carabanti

Moreover, his team was responsible for exploring and building the lithium carbonate plant at Rincon in 2005.

As for Mr. Graham, he’s quickly becoming a mining legend. He spent 20 years with the major mining companies Anglo American and Rio Tinto, and is well-known for modeling project economics.

Mr. Graham’s mine and advanced projects include the Diavik Diamond Mine in Canada’s Northwest Territories, Resolution Copper in Arizona, the Eagle Nickel Mine in Michigan, Bunder Diamonds in India, and the Milestone Potash Project.

The demand for new lithium projects in Argentina is so extreme right now, that an auction for a controlling stake in a Chinese mine garnered 3,448 bids and ultimately sold for about $299 million.8

But that’s not the crazy part.

According to Bloomberg, more than 980,000 people watched the auction on online over the course of the five-day event.

That’s understandable when you factor in that the International Energy Agency forecast that the price for lithium, cobalt and nickel will remain elevated for years to come.9

A well-respected analyst put it best.

“There is not sufficient supply to meet this demand projection based on our knowledge of known projects today. That includes all projects whether they are under construction, in feasibility or still in exploration.”10

Lawcock’s warning is now entrenched in the lithium culture.

Global X ETF analysts report that lithium miners need to plan for scenarios where annual demand exceeds 1.1 million metric tons of lithium by 2025, as EVS reach parity with internal combustion cars.11 That’s happening faster than anyone could have anticipated.

Fortunately, North American investors don’t have to jump through hoops to invest in an Argentina lithium opportunity.

With the hunt for new lithium part of a global initiative you could this company to stay in the news for years to come.

That’s why now could be the very best time to latch onto its affordably priced shares. Sign up to learn the name of the company that is positioned to dominate this fast-growing mining sector.