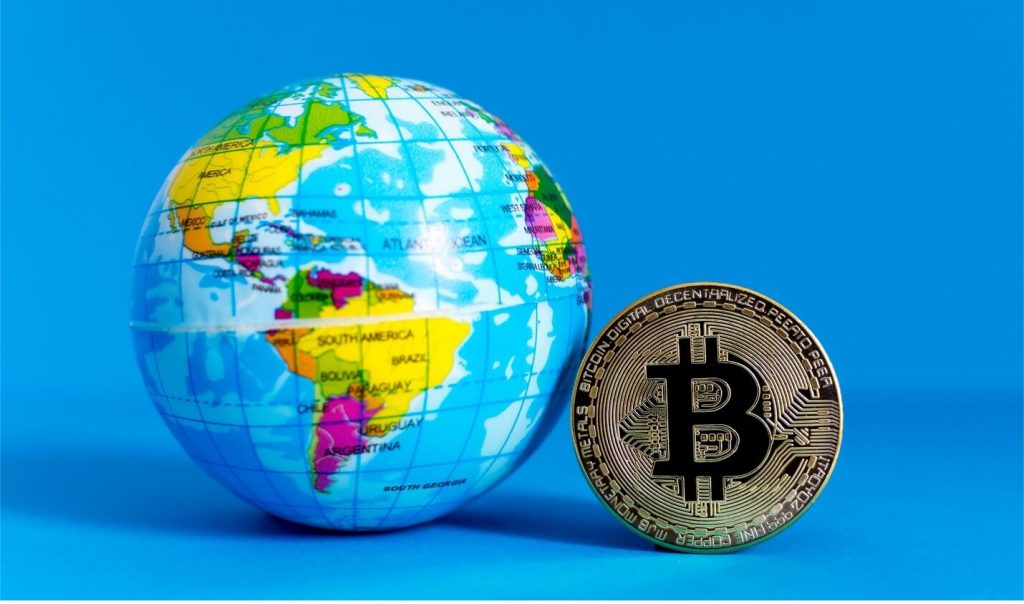 This massive undertaking just weeks from official launch could be the most rewarding fintech investment opportunity in the market today.

Financial technology (fintech) stocks stand among the fastest growing in the market. This is an industry that sets the stage for the evolution of global commerce. The scale of this will be massive and unprecedented.

The enormity of this transformation has been enabled by the rapid growth of fintech (financial technology) services throughout the world…and it’s just getting started.

Over the last few years, the early entry fintech stocks have been on a tear. Startup gains have been impressive.

But this is not the end of the story; this is not a matured marketplace. These gains have come from inroads made in the most receptive, most affluent markets. Immense upside remains as fintech evolves to the $52.4 trillion projected for the entire global digital financial services industry.

Now is the time to consider your involvement and specifically, one company as it launches an exclusive, targeted global initiative to activate fintech infrastructure and services to a third of the world’s population.

This Cryptocurrency company is focusing its growth potential on peoples and regions that hold enormous economic potential but are largely ignored as big tech fights for market position in developed economies such as North America and Europe.

Pursuing the big fish in a smaller pond strategy.

The investment potential here is huge and for now, sits completely off radar. Investors are pouring into big tech and many early entries have already been missed. For ground floor fintech investing, this company is a “must investigate” opportunity.

They open new pathways to profitability by specifically targeting regions of the world where fintech has yet to make significant inroads.

The aggregate markets targeted by this company now total $380 billion and serve a population of 1.7 billion people. They intend to become the dominant, must use fintech resource for all these underserved economies as they transition too digital. And “must use” is not an overstatement.

Today, the populations being targeted by this company account for one-third of the word’s adult population and most significantly, they have no working relationship with a bank.

They are the “unbanked”; they live and work largely with cash and the sum of it is substantial…as mentioned above, it totals $380 billion.1

But this does not mean they’re isolated from technology. Two-thirds of that population, about 1.2 billion people, have a mobile phone.2  That’s 2017 data, the latest that could be found!

Four years later, that figure could be much higher. So, thinking that the “unbanked” are technology challenged is a mistake.

A transforming global economy that impacts every person and business on the planet.

The world for marginalized economies with unbanked populations is changing rapidly. In the global transition to digital, their cash-driven world will evaporate. In time, every bit of that $380 billion will likely be digitized. To facilitate that, pipelines of digital commerce must be established.

This growth strategy is simple; build the first ever fully inclusive financial services network that this massive population must access to move forward in a rapidly changing global economy.

Make no mistake, fintech IS the future for global economies and commerce. The transformations from cash to digital have been expanding rapidly over the last few years. From the outset, the growth has largely been concentrated in developed markets where conventional banking penetration approaches 100% of the populations.

According to a December 2020 report from the financial website, Insider Monkey, the largest fintech company in the world today is Chinese based Ant Group, now valued at $313 billion. The Wall Street Journal states that in 2019, the Ant Group hosted around 588 million users, roughly one-third the market targeted by the company we are discussing.3

This comparison is not intended to imply a projected valuation. Instead, it brings to focus the scale of the opportunity that this company is pursuing. Further, they are the only company in the world positioned to launch its full suite of fintech services to the people and the economies that make up the world’s unbanked populations.

And how fast is it rocketing? Key statistics are stunning. According to a recent report published by financesonline.com, this market’s growth is unprecedented.4

These statistics are mere fraction of the story. As you launch your due diligence, you’ll likely uncover a plethora of similar data, all pointing to one thing: Fintech is an enormous global growth opportunity that is just now getting started.

The world is going digital. Fintech will be essential to the future of all economies.

Of all the statistics you can uncover, perhaps this is the most important. It points squarely at the regions of the world where the growth of fintech can be most transformative…and for early stakeholders, enormously opportunistic.

This company’s digital finance technology layers create seamless pathways to facilitate local and international commerce for those with restricted access to fintech services.

In a world transitioning to digital, all economies large and small must be fully capable of conducting business through digital networks. This company’s topmost technology layer serves the business-to-business environment. It is here that goods and services must move efficiently and fluidly both in intra- and inter-economy transactions.

Through acquisition and strategic partnership along with its own suite of proprietary technologies, this company is building a networked financial ecosystem ultimately targets every emerging market throughout East Asia, the Middle East and Africa

These are geographical areas where the global transition to digital currencies can have the greatest impact on the population. The need for seamless transitions to digital will be most urgent.

The aggregate potential of these emerging markets will likely be in the hundreds of billions of dollars through mid-decade, perhaps in the trillions by end of decade.

Predicting how quickly and how deeply this company makes headway in these markets is highly speculative. But one thing is clear…

To fully function in the new world digital economy, these emerging markets must transition too digital. This company is not only making that transition possible, it intends to make the transition effective from the top down so the entire population can benefit.

This is just getting started…an early entry opportunity to what might become one of the world’s top fintech investments.

The investment premise in this little-known company is unique in the world. As fintech banking technologies evolve, this massive unbanked population will be forced to adopt fintech services simply to keep pace with the world.

This company is positioning itself to be the sole provider of fintech services and that could reward its early stakeholders.