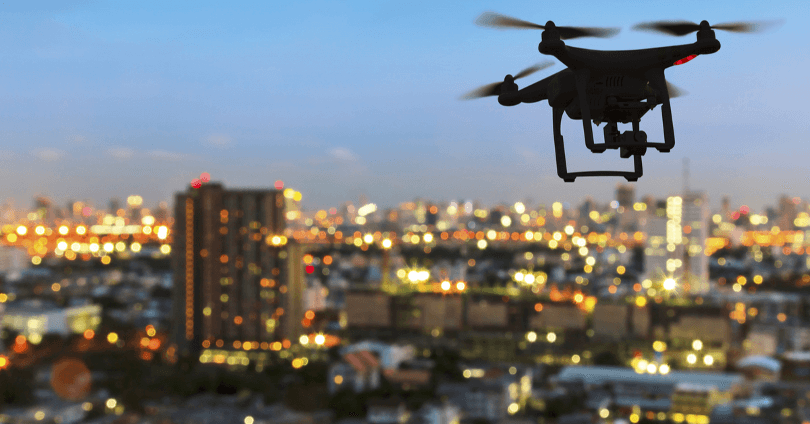 From infrared crowd scanners to 3-D printed medical technologies, these sectors are poised for growth.

The stock market is causing a lot of heartburn these days, setting records for both biggest one-day gains and one-day losses. But amid the widespread economic slowdown, some industries and companies are flourishing.

And while consumers are avoiding brick-and-mortar stores, they are shopping online and entertaining themselves in their confinement with online games and video streaming services.

If you haven’t fortified your portfolio yet, it’s time to take a look at the five sectors in this report. Each of them is tied to the new bear market in some way and each could see significant gains.

Finding opportunity in the new economy

The entire globe is reorienting the way we live and do business. Some of the changes will be temporary, but others will have a lasting effect.

We’re seeing the rise of drone monitoring, the fall of burdensome regulatory hurdles for new drug approvals, a greater reliance on business technologies like videoconferencing and touch-free security systems, a new comfort level with telemedicine, and a seismic blow to brick-and-mortar stores as consumers shift to even more online shopping.

These changes are creating enormous opportunities for investors.

Campaigns are being implemented from China to France, to the U.K. In Daytona Beach, Florida, the sheriff’s department is using drones to patrol beaches. In Elizabeth, New Jersey drones are providing neighborhood security. In Britain, the National Health Service is testing drones to speed the delivery of supplies.[i]

One of the problems that must be overcome for effective drone delivery of supplies is the inability of most drones to carry all but the lightest payloads.

Added weight notoriously and significantly reduces drones’ stability, airspeed, and flight time before batteries run out. Most drones can stay aloft for only 10 to 20 minutes, and even the most expensive commercial UAVs often max out at 50 minutes, and far less with payloads.

That’s why government agencies would be wise to look one company developing advanced methods for drone delivery. We think it is set to take the lead in this sector in 2020.

Unlike other competitors who rely on heavier, bulkier sensor systems that significantly reduce functionality, our next top pick uses a compact, lightweight 30Hz infrared thermal sensor that works with an ultra-high resolution 4K camera to give accurate analysis of body temperature from significant height and distance.

Designed with direct input from military, law enforcement, and intelligence agencies this company’s advanced technology meets their exacting need for reliability, payload capacity, flight duration, airspeed, and stability. It has even been officially tested and cleared by several government agencies.

That a small and relatively young company was able to partner with these agencies, which normally do not work with any but the largest, most established companies, is a testament to the peerless sophistication of their technology.

Like the broader markets, this company has seen its stock fall by about a third since mid-February. However, unlike the broader market, its suite of technologies is just as essential – and even more essential – in the new economy. Though the company is little known to date – having started trading in the U.S. in only November 2018 – that will rapidly change as the company commercializes its threat detection technologies through the rest of 2020.

A new way to work remotely

An up-and-coming remote work program that could give the bigger players a run for its money. In September 2019 MarketWatch noted that this company “is the fastest-growing software-as-a-service company of all time.” In the nine days from March 16 to March 25 their total users soared from 2 million to 12.5 million.

While their much larger competitor has also seen exponential growth, growing their userbase from 10 million at the end of 2019 to 200 million counted this last March, their stock has had an equally steep climb, and now trades at a phenomenally expensive 60 times book value.

In contrast, our top tech pick for the new era plunged in early March after a poor earnings report for Q4 of 2019, but it is quickly beginning to rebound as investors recognize the part the service is playing in the new economy.

Around the world, universities, tech firms, and 3D print enthusiasts are turning out everything from ventilator parts to prosthetics.

One Belgian company, which is printing positive end expiratory pressure (PEEP) masks that can push oxygen into a patient’s lungs without use of a ventilator. The company has designed a 3D-printed connector that holds together a mask, a filter, and a PEEP valve. Called the Passive NIP, with NIP standing for non-invasive PEEP, the device is currently being fast tracked through the regulatory process to make it available as soon as possible. This little-known company is also conducting a clinical trial to further determine the best use of the Passive NIP.

The company has also developed a 3D-printed hands-free door opener that eliminates direct contact with the handle, as well as a suite of 3D-printed medical products that range from patient-specific implants to exacting anatomical surgical models.

Trading at around $19.50, and after declining considerably in March with the broader market, this company is now enjoying a recovery that is far higher and faster than Nasdaq.

Healthcare in the new era

Service that gives people remote access to the healthcare from home is quickly becoming a megatrend. Broadly called telehealth, it has been around for a while but has seen a surge in use recently. Both California and New York are now requiring insurers to offer telehealth services, and other states are following suit. On March 17, the federal government announced an unprecedented expansion of telehealth services for all seniors through Medicare, which had previously restricted telehealth to seniors living in rural areas, and between clinicians and patients who had already established in-person care.

Our top pick in the healthcare sector is a leading telehealth service, boasting more than 37 million members in 130 countries, including 27 million users in the U.S. The company has seen demand for its virtual care services spike 50% this year to date, delivering about 100,000 virtual visits in the week of March 16 alone. What’s more, on March 16, Blue Shield of California announced that in order to boost use of telehealth services it would waive all out of pocket costs for its plan members who use this company’s services

The stock has doubled so far in 2020, but is a good candidate for long-term investment.

Due to the time-sensitive nature of these growing industries, this is an opportunity to dig into without delay.

We’ve put together a report that reveals the names of the companies behind these innovative technologies.  It reveals the reasons why we think every forward-thinking investor should be paying close attention to these disruptive sectors and what might be a potentially life-changing investment opportunity.

The Publisher has not participated in the creation of the content of any articles appearing on this website and so cannot guarantee the accuracy or completeness of the information in any of the articles. The Publisher expressly disclaims any responsibility or liability for statements made in any of the articles.
————-
SHARE OWNERSHIP. The Publisher does not own any shares of any profiled company and has no information concerning share ownership by others of any profiled company. The Publisher cautions readers to beware that third parties, profiled companies, and/or their affiliates may liquidate shares of the profiled companies at any time, including at or near the time you read the articles on this website and this has the potential to hurt share prices. Frequently companies profiled in such articles experience a large increase in volume and share price during the course of investor awareness marketing, which often ends as soon as the investor awareness marketing ceases.
NO SECURITIES OFFERED. The articles on this website are not, and should not be construed to be, offers to sell or solicitations of an offer to buy any security. Neither the articles on this website nor the Publisher purport to provide a complete analysis of any company or its financial position. The Publisher is not, and does not purport to be, a broker-dealer or registered investment adviser. The articles on this website are not, and should not be construed to be, personalized investment advice directed to or appropriate for any particular investor. Any investment should be made only after consulting a professional investment advisor and only after reviewing the financial statements and other pertinent corporate information about the company. Further, readers are advised to read and carefully consider the Risk Factors identified and discussed in the profiled company’s SEC and/or other government filings. Investing in securities, particularly microcap securities, is speculative and carries a high degree of risk.
INDEMNIFICATION/RELEASE OF LIABILITY. By reading articles on this website, you acknowledge that you have read and understood this disclaimer, and further that to the greatest extent permitted under law, you release the Publisher, its affiliates, assigns and successors from any and all liability, damages, and injury from articles appearing on this website. You further warrant that you are solely responsible for any financial outcome that may come from your investment decisions.
LINKS TO THIRD PARTY WEBSITES. This website enables users to link to external websites not under the control of The Publisher. The Publisher has no control over the nature, content, and availability of those sites. The inclusion of any links is not intended as, and should not be construed as, a recommendation or endorsement of the content or views expressed on such external websites. The Publisher expressly disclaims any representation concerning the quality, safety, suitability, or reliability of any external websites and the content and materials contained in them. It is important for users to take necessary precautions, especially to ensure appropriate safety.
INTELLECTUAL PROPERTY. The Market Tactic is the Publisher’s trademark. All other trademarks used in this communication are the property of their respective trademark holders.  The Publisher is not affiliated, connected, or associated with, and is not sponsored, approved, or originated by, the trademark holders unless otherwise stated. No claim is made by the Publisher to any rights in any third-party trademarks.