Some of the most massive restaurant chains of the U.S. are trying to develop their respective franchises in China amid the controversial trade war between the two countries. Trade tensions between China and the U.S. got more intense following President Donald Trump’s threat to seize tariffs of Chinese imports worth almost $300 billion.

The Chinese economy continues to take a hit from the trade war. In July 2019, China only had an economic growth percentage of 6.2%, its lowest rate for over 27 years. According to the global restaurant consultancy firm Aaron Allen & Associates, fast-food chains are the immediate beneficiaries in economic downturns like the one China is currently experiencing. The rise of fast-food stems from the consumer’s preference to find cheaper dining options. Despite the slowing economy, fast-food chains continue to reap the effects of the growing foodservice industry in China.

The trade wars, however, do not pose a threat to U.S. restaurants seeking to expand their business in China. The country’s economic growth is staggering, but it remains on top of the U.S., with over 1.4 billion people in China. Companies will continue to develop restaurant chains to gain new customers. Aaron Allen shares that American brands will keep pushing their products to China because of the enormous potential in profit.

U.S. restaurants may still feel the effects of the controversial trade war with China. Restaurants on a global scale often source some of their ingredients from local markets and home markets. Because of China’s retaliatory tariffs, multinational restaurants may impose higher costs on U.S. imported goods. The trade tensions already reached the point where U.S. products are put on hold in Chinese ports.

McDonald’s is in talks to open over 400 stores across China by the end of the year. The U.S. restaurant’s massive expansion is part of its five-year plan to raise its restaurant count to 4,500 branches in 2022. Two years ago, McDonald’s sold the China and Hong Kong department of their company to U.S. private equity firm Carlyle Group and state-owned investment group Citic. The deal came through because of McDonald’s global strategy to thin the Golden Arches. Citic and Carlyle Group helped McDonald’s cut costs because they no longer have to worry about operating the stores in China and Hong Kong. However, the fast-food chain can still claim royalty revenue and rent.

Steve Easterbrook, McDonald’s CEO, shares that he feels confident about his company’s investment and future in China amid the trade wars. Despite failing to release performance metrics on stores in China, McDonald’s executives reveal that they experienced growth in traffic and sales during the second quarter of 2019. Easterbrook shares that China’s foodservice economy is a competitive market because other companies are also trying to expand.

The trade wars took its toll on McDonald’s. During the second quarter of 2018, both the U.S. and China were issuing retaliatory tariffs, causing each side to lose over billions of dollars on imports. McDonald’s traffic growth in China suffered from trade wars. Easterbrook reveals that the impact of uncertainty was felt throughout the market. Consumer confidence started to wane as soon as the trade wars affected the markets. However, Easterbrook shares that his company did not experience the full effect of the tariffs. McDonald’s was able to avoid further damage because the restaurant branches were using mostly food from local sources instead of imports from America. McDonald’s currently has a market value of over $164 billion. The stocks of the company went up by 20% this 2019.

Restaurant Brands International acquired Popeyes Louisiana Kitchen in 2017. During the announcement of the acquisition, Restaurant Brands revealed its plans to franchise the famous restaurant in over 1,500 locations in China within the next ten years.

KFC, Popeyes’ main rival in the restaurant business, already made its mark in China with its 6,000 stores nationwide. In a report, KFC revealed that it managed to gain $1.4 billion total in net sales for its China stores during the second quarter of 2019. The amount is more than 25% of the total revenue of KFC. Yum Brands, KFC’s parent company, created a Chinses version of their business that currently handles the local stores in 2016.

Popeyes is among the last three fast-food chains that Restaurant Brands has in China. Burger King has over 1,000 stores standing in China. Canada’s top coffee shop Tim Hortons also made a deal to put up 1,500 stores for the next ten years.

Restaurant Brands currently has a $35.6 total market value, which rose by up to 48% this year. Tim Hortons, which is the top coffee chain in Canada, seeks to be part of China’s expanding sales growth in the coffee market. Tim Hortons already has 14 stores in China. Jose Cil, Restaurant Brands CEO, stated that Tim Hortons will adjust their menu and add new tea beverages to appeal to its Chinese customers. Despite being famous as a nation built for tea, China is starting to welcome coffee chains like Starbucks and Luckin Coffee.

Starbucks believes that China is in line with the U.S. when it comes to long-term growth markets. As of June 2019, the famous coffee chain had over 3,900 shops. Starbucks plans to increase its total stores to 6,000 by 2022. The Seattle-based company revealed in its report that it experienced a 6% increase during the fiscal-third quarter revenue. Starbucks sales in China and the Asia Pacific also rose to about 20% during the same period.

Starbucks stock rose to 48% this 2019, bringing its market value up to about $115 billion. The same-store sales growth is also starting to grow tempting for investors to remain patient with their shares amid the business’ decline in the U.S.

China is right behind the U.S. in per capita coffee intake. However, China beats the U.S. by a mile in coffee delivery. Johnson states that almost 6% of Starbucks’ total sales in China during the third quarter came from its delivery services. 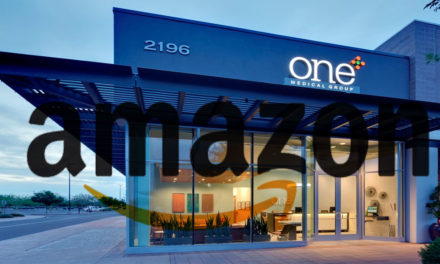 Amazon Set to Get Into Healthcare Sector as It Buys OneMedical 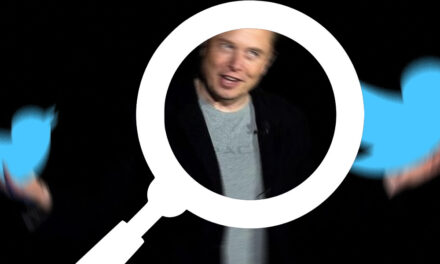