Sir James Dyson was all-in for Brexit. Now he’s pulling his most innovative venture out of Britain.

The vacuum cleaner maker announced the new Dyson plant to create electric cars will be born in Singapore.

So far, electric car ventures have attracted all the major automotive manufacturers, several new startups, and most major battery makers. This is the first time a vacuum cleaner company has seen itself in the niche. But Dyson is technically an engineering company and it does know a thing or two about electric motors.

The move to Singapore for such a high-visibility effort seems disloyal, but the company insists Britain leaving the EU was not a factor. Dyson still thinks Brexit’s a great idea, but he’s moving on to Asia for good reasons.  The company already has strong relationships there. It manufactures electric motors in Singapore and assembles hair dryers and vacuum cleaners in Malaysia and the Philippines.  Although the UK is still company headquarters and home to Dyson’s engineering and administrative offices, Dyson ceased making vacuums and washing machines in the UK in 2002.

And Singapore has trade advantages as well. The island nation is working on a free trade agreement with the EU. It is already an ASEAN member, plus the ASEAN-Japan Comprehensive Economic Partnership along with separate free trade area pacts with China and India give it open access to its largest groups of customers.

The new EV venture is seeing a little light of day with this latest announcement, but a lot is still unknown. The plant is slated to open in 2020. The company doesn’t plan to reveal its car design until 2021. Nor is it disclosing how much it intends to invest in the new factory.

Britain may keep a piece of Dyson’s EV action, though. In August, the company said it would build auto test tracks at a former Royal Air Force airfield in Hullavington, Wiltshire, southern England. About 400 staff work there now, but the company will expand its offices at the former military site to accommodate 4,000 employees. Most will be engineers. So Brits who are angry that pro-Brexit Dyson is building in Asia can take comfort that Dyson’s home-base jobs are high-value ones.

At Hullavington, the company said would spend  £16 million ($151 million) to build more than 10 miles (16 kilometers) of test tracks at the former military site. It’s leaving the runway in place.

The latest announcement about doesn’t seem to auger any changes in those plans. Both the Hullavington and Singapore plans fit into the company’s proposal to pour £2 billion ($2.6 billion) into the new electric car efforts.

How much of that will actually go to Singapore immediately is as fuzzy as everything else in this venture. Dyson has hinted there will be other Asian plants in the future as well.

One advantage Dyson the inventor has over Elon Musk of Tesla fame is a whole private company at his fingertips. Dyson does not need to make announcements to keep investors happy, show his plans early, or worry about share prices falling if a deadline slips.

Whatever manner of car is coming, Sir James has promised that it will be radically different. If it is as different as a Dyson vacuum is from a Hoover, it might not even look like a car. And the company that used tornadoes as a model for vacuum cleaners and supersonic jet speeds for its hair dryers will surely deliver a surprise.

One thing to note that could be pertinent to the new car design is this: Dyson already has one plant in Singapore that specializes in R&D lab that specialized in applying artificial intelligence (AI).

This Idea Could Fly

This is not the first time Dyson has dabbled in making cars better. Soon after he became rich on his new vacuum cleaners, he began to complain about the dirt from diesel engines. He designed a filter using technology from his vacuum cleaners. The market was uninterested at the time, but Dyson has always been committed to a cleaner, more sustainable future.

Possibilities from Dyson inventions that could go into the future cars are intriguing.

For instance, from the Dyson Airblade hand dryer, which has two 400 mph air jets, there could be a better windshield wiper. Current ones just “brush the muck back and forth,” Dyson complains. They scratch the glass; rubber blades wear out and need replacing. An air jet could end all that.

The real tease in Dyson’s intellectual properties, though, may be his understanding of solid-state batteries.

Dyson put £15 million into a Michigan company called Sakti3 in 2015. Last year, the company gave up all the patents that grew out of the partnership. Most people think it was a failed idea, but one industry source believes Dyson took what he learned and moved on with the next evolution.

A solid-state battery cuts the risk of fire. Dyson was trying to achieve twice the energy levels of lithium batteries. Maybe he has.

That has big implications. If the whispers are right, Dyson may be thinking about electric airplanes next. That’s may be why the Hullavington field is keeping its runway.

First, we’ll have to see the car—whatever it will be.  All Dyson will reveal for now is that it will not be a sports car like a Tesla. And it won’t be a cheap car like a Leaf.

Also, it will have at least Level 2 autonomy, promises the man who has already given the world a vacuum cleaner with AI to adjust motor speeds to dirt levels and avoid sucking up socks. 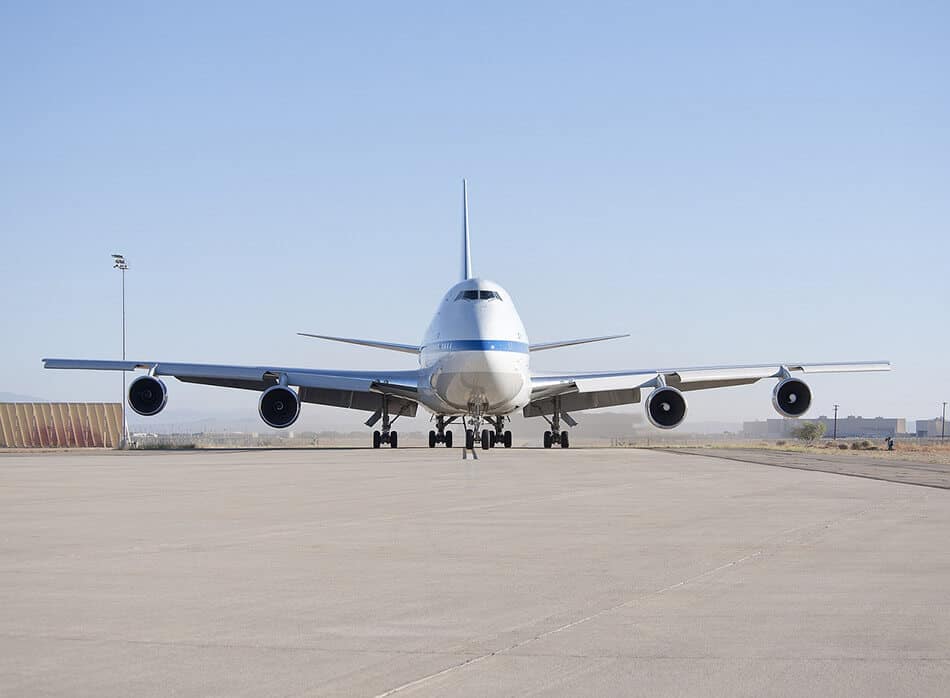