Shares of Hasbro have been going downhill due to lower earnings. Meanwhile, Mattel shares continue to receive higher profits before the market opened on Friday. After Toys R Us filed for bankruptcy and closed its stores in the US last year, both toy manufacturers felt the impact of losing sales on their toy products. Nonetheless, Mattel was able to recover from the rubble.

Other toymakers have also felt the impact from the closing down of Toys R Us branches which resulted in fewer shelves for their toys, unlike the past years. Big retailers including Walmart and Target stretched their toy wings for the holiday season, but it still didn’t compensate enough for the loss left after the toy retailer’s exit from the market. Market research group NPD reports an industry-wide decline of toy sales by 2 percent last year. Shares of Mattel jumped up to 27 percent on Friday, but it almost fell to 6 percent last year. The market value was placed at $4.3 billion. Simultaneously, shares of Hasbro plummeted by 4.9 percent, and it nearly fell to 11 percent this past year. Its market value was placed at $11.4 billion.

Both analysts and investors share the same sentiments and confidence for toymaker Mattel after the company went beyond their expectations despite the backlash last fourth quarter. Stifel analyst Drew Crum stated on Thursday and said, “Mattel’s Q4 results were materially better relative to expectations, in our opinion, and hence we came away from this update incrementally more upbeat on business fundamentals.”

Analysts and investors alike have the opposite opinions for Hasbro as the company continues to accuse the Toys R Us of their low profits. MKM Partners analyst Eric Handler noted on Friday, saying, “we are surprised with the severity of the miss, but take some solace that retail inventory levels have significantly declined, which should allow Hasbro to start 2019 with a relatively clean channel and a more efficient cost structure.” Another analyst, Gerrick Johnson of BMO Capital Markets, compared the two toy manufacturers, “if you took the logo off the top, Hasbro’s earnings read like a company that was restructuring, and Mattel read like a growth company.”

How Mattel and Hasbro Were Affected by Toys R Us

Despite the company’s success with investors, Mattel’s revenue plunged by 5.4 percent to $1.52 billion which were above the estimated $1.44 billion. According to the company, Toys R Us had a negative 8 percent sales impact in their liquidation last three months of 2018. The sales of Hot Wheels and Barbie were outstanding, but their other sales on American Girl doll, Fisher-Price, and Thomas the Tank Engine Toys tumbled.

On the other hand, Hasbro’s revenue went down by 13 percent to $1.39 billion. Analysists estimated the company’s expected revenue at $1.52 billion. Hasbro toys including Nerf and My Little Pony greatly relied on their sales from Toys R Us and failed to recover sales that were lost from other retail stores. Brian Goldner, Hasbro’s CEO, said during a conference call on Friday, “for Hasbro, in addition to losing hundreds of millions of dollars of revenue from Toys R Us, the liquidation of an additional hundreds of millions of dollars of their retail inventory sold into the market at large discounts was more impactful than we and industry experts estimate.” Toys R Us was the third-largest US customer and second-largest European and Asian customer of Hasbro before the toy retailer fell into bankruptcy according to Goldner.

Mattel CEO Ynon Kreiz said in a call on Thursday, “Exiting 2018, we achieved 521 million dollars of run rate cost savings. We now expect to exceed our overall cost savings target of 650 million dollars exiting 2019.” The company, under Kreiz’s hands, are working to cut costs by $650 million by laying off 2,200 workers and closing its New York office. Mattel also plans to create a movie department for it to make more sales this year. Margot Robbie will be playing Barbie, and Hot Wheels will have its live-action film wherein analysts expect both movies to debut in theaters between 2020 and 2021.

2019 should be a great year for Hasbro’s toys from upcoming films including Avengers: Endgame, Captain Marvel, Frozen 2, and Star Wars: Episode XI. The company has earned more than 500 million dollars in sales of Star Wars toys over the years. Goldner remains hopeful Hasbro this year, saying “We’re also seeing the opening of a new theme park land of Galaxy’s Edge, which is both in Anaheim and in Orlando, and we get to the end of the movie Star Wars: Episode XI, which debuts in theaters in December, and that impact from the film and all of our efforts will reach across both 2019 and 2020.” 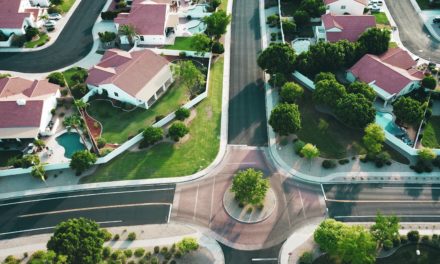 Suburban Home Prices in Canada on an Uptick