The Farm Bill aims to provide an array of programs to farmers, including rural development and crop subsidies. In 2014, the previous bill expired on September 30 after talks over its replacement failed to end in a compromise.

At issue is the implementation of stricter work requirements for SNAP recipients. SNAP is a program that began under President Kennedy in 1961 with a goal to end poverty. People under low-income line who meet the eligibility criteria are given access to “Electronic Benefits Transfer” cards, which they can use to purchase food. The Center on Budget and Policy Priorities stated in 2017 that 1 out of 8 Americans received benefits from SNAP which totals roughly 42 million individuals.

The proposal by the USDA, which runs the SNAP, requires all Able-Bodied Adults Without Dependents (ABAWDs) aged 18 to 49 years old, to be assigned into employment programs.

The proposal limits the term of the waivers to ensure that they are not available anymore when there are sufficient jobs. The plan also argues that with the nation’s average unemployment rate at 3.7%, there’s no reason that able adults shouldn’t be employed or looking for work.

At the signing ceremony, Trump said that the proposal aims to transform dependent Americans into independents and help them get into rewarding and good paying careers. The idea intends to promote ‘productivity’ over ‘poverty.’

The USDA currently requires ABAWDS to work or take part in employment programs for at least 20 hours per week to receive food stamp benefits for three months or more. However, states can waive the requirement if the economic conditions make employment unviable. This will allow recipients to still receive benefits without working. Currently, state waivers are available in 7 states, while partial waivers in 29 states.

Trump has expressed his support on adding new work requirements for SNAP recipients last September when the final draft of the bill is still under the process of being reviewed by the House and Senate. However, negotiations were brought to a halt in November over objections of a majority of Democrats.

The proposed work requirements for food stamps split the House and Senate and delayed the original plan to pass the Farm Bill by September 30. The Senate, meanwhile, passed the bill that excluded changes on work requirement last week and moved it speedily through the House.

The Farm Bill was overwhelmingly passed by both the House and Senate since the proposed work requirements were left out by the lawmakers, which were included in the original House version. The passing of the bill would benefit mostly the organic farmers and Cannabidiol (CBD) companies. It will also give greater support to the struggling dairy industry.

However, Secretary of Agriculture Sonny Perdue said that the issue on food stamps doesn’t end here. Perdue wrote in an article on USA Today that they are aiming to restore SNAP integrity and move Americans to self-sufficiency. The SNAP requirement rule is meant to assist through difficult times, and not provide a lifelong dependency.

Beth Kaiserman wrote in a Forbes article that the proposed SNAP requirement rule will possibly work if institutionalized racism is not prevalent in the U.S.

According to Talk Poverty in 2017, about 21.2% of Black Americans and 18.3 % Hispanic Americans were under the poverty line, as compared to 8.7% of White Americans. Black unemployment is also reported to be two times higher than that of white unemployment in Washington, D.C. and 14 states, as stated by the Economic Policy Institute.

Kaiserman argues that Trump Administration fails to consider the travails of people of color in the country. The systematic changes could lead to further inadequacies and may even complicate how the people in the poverty sectors could achieve better lives. Shifting the attention to the basic needs of these people, most especially to the people of color, will significantly influence their contribution to society.

The idea of Trump bringing the SNAP issue into the limelight again is likely possible. Trump would not approve the Farm Bill without this idea in mind, according to Kaiserman. 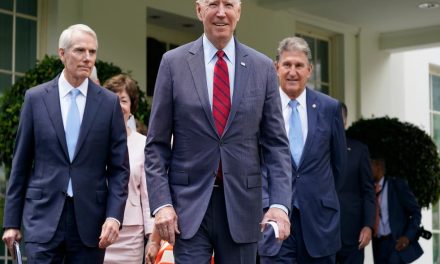