The resignation of Prime Minister Theresa May gives way for a leadership race for the Conservative Party’s chair. London Mayor Boris Johnson, who is formerly the Foreign Secretary, is the favorite among the candidates. Many consider Mayor Johnson, known for his sharp wit and gaffes, as the new leader of the country.

Only ten candidates remain on the final list following the deadline for nominations for the leadership of the Conservative Party on Monday. Some of those names include well-known politicians like Johnson, current Foreign minister Jeremy Hunt, Environment Minister Michael Gove, and Home Secretary Sajid Javid. The ten listed nominees will have to win over at least eight Tory members of Parliament or MPs. After a series of votes on the ten candidates, only two will remain to face a more significant set of Tory party members. The MPs will pick who they want to preside as Conservative Party leader before making the final decision for the next leader of the part and the country. The announcement of the new Conservative Party representative will happen on July 22.

Gove, however, hit a roadblock on his candidacy after the revelation of his alleged cocaine use in the past, which caused other candidates to admit that they also have experience with recreational drug use during their years at universities. Meanwhile, Johnson started to attract critics following his vow to cut income tax for workers who earn £50,000, equivalent to $63,000, or more annually.

Despite her resignation, Theresa May will continue to act as interim prime minister until a new leader emerges among the ten candidates. This Thursday, the Conservative Party’s MPs will undergo their first vote, which will likely eliminate the least favorite candidates from the race. The leadership race, however, has put the highly controversial Brexit on the backburner. Brexit remains a heated parliamentary discussion because of the planned departure from the European Union. It continues to spark political debate but remains delayed due to the leadership race.

Most of the candidates brandish their pro-Brexit reputation since the pro-Brexit members of the public, and the wider Conservative Party are pushing for the British government to pursue the departure from the EU by October 31. Johnson, the expected Tory Party leader from the polls, reveals his plans to renegotiate the Brexit terms with Brussels, which May refused a while back. Johnson claims that he will withhold a £39 billion divorce bill payment to make sure that the United Kingdom will be able to defect from the EU.

After three long years of Brexit negotiations, many political establishments in Brussels feel like Boris Johnson’s approach in re-opening talks will only make the departure from the EU more challenging to achieve. Brussels officials believe that the deal will not change, which will likely prevent the U.K. from moving away from the EU in October. Britain’s Chancellor of the Exchequer Philip Hammond, meanwhile, believes that a Brexit with a no-deal has a minimal chance of happening.

According to the macro research team of Teneo Intelligence, most of the contenders for the Conservative Party’s leadership will raise their approach on renegotiations and the possibility of a no-deal. When a new Prime Minister gets elected among the candidates, the political polarization will make it difficult for him or her to achieve the Brexit promise during their campaign. Teneo Intelligence believes that the British government will continue to experience volatility until the October 31 deadline.

Because of the possibility of Brexit, the U.K. continues to experience a shaky economy with future uncertainty. With the EU holding most of the country’s most significant trading partners, the U.K.’s relationship with them affects businesses and lessens investor confidence.

After a 0.1% fall in March, the U.K. economy received a 0.4% decline in April. The quarterly performance of the economy also took a dip as the growth slowed down to 0.3% in the last three months compared to the first quarter’s promising 0.5% expansion. The pound also fell 0.6% against the dollar.

The car production remains the most significant factor for the GDP decline in the U.K. economy after falling 24%, the biggest downfall since 1995. Analysts figure out that the economic boost provided by car manufacturers during the March 29 original Brexit date is now in reverse. Rob Kent-Smith, Head of GDP, claims that the economy witnessed a manufacturing weakness during April because the EU departure date needed an extension.

NatWest Markets head of Desk Strategy James McCormick comments that the U.K. is getting fragile because of the downfall of industrial output, flat services output, and manufacturing. McCormick believes that the U.K. economy is taking a hit because the significant inventory stocking before the original Brexit date had an effect on investors, which is why they are choosing to pull out ahead of the new deadline.

McCormick also adds that the U.K. and all of its political and economic uncertainty will continue to affect the market for the next quarters. While McCormick does not rule out the possibility of stockpiling ahead of the new Brexit deadline, he believes that the economy will suffer from long-term implications as long as Brexit remains a discussion instead of an act. Capital investment will continue to suffer because no one will be willing to invest in an economy with an uncertain future, McCormick adds. 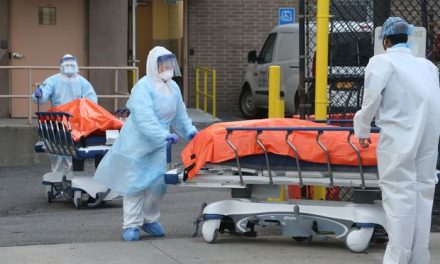